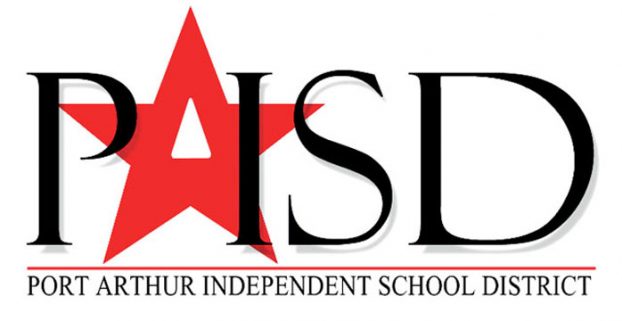 The board of trustees held a discussion considering the possibility of renaming Robert E. Lee and Dick Dowling Elementary Schools. Both schools had been named after Confederate military figures.

Not the first time

“Let me say the discussion for the change (of names) of Lee and Dick Dowling has gone on for several years. This is not the first time we have discussed the changing of school names,” superintendent Mark Porterie said.

Previously, the most recent discussion had been at the Aug. 24 board meeting last year when the board had decided to further discuss the possibility at its Sep. 28 meeting.

It was delayed due to the arrival of Tropical Storm Harvey.

Porterie iterated that one person has asked them to do such a thing, but no one group has done it yet.

“Port Arthur Independent School District is built with rich history. It’s not about the name but what about we do inside of the building,” Porterie said.

Porterie said if the board decides to change the names, that would be fine; but, he stressed the decision would not be made to cause any undue stress or confusion in the community.

As a result, the district will have a period of time where they will accept and consider new names as submitted by the public. This timeframe will run from Sep. 3 to Sep. 30.

“Of which in September we will have a hearing and have the community come forward and tell us what we should do,” Porterie said. “The board will then make the decision to change the name if they choose to change the name.”

Porterie emphasized more than once that the final decision would be up to the board and not the public.

The renaming issue had come up once more due to the possibility of new signage for Dick Dowling Elementary.

Porterie said the board did not want to spend the money on a new sign — an estimated cost of $200,000 — only to turn around and have to buy another sign in case the board decided to change the name.

If the board does decide to change the names, Porterie estimated it would cost between $100,000 and $150,000 to change the signage at Robert E. Lee Elementary.

Concerned citizen Gregory Richard spoke during the public participation segment of the meeting, in which he berated the board over not changing the names of the two schools earlier.

Richard criticized the district’s academic performance and complained how his tax money went to schools sporting the names of Confederate soldiers whose side had a history of enslavement.

“You would have respect by getting rid of the Dick Dowling and Robert Lee (names); but for whatever reason, you have Stockholm Syndrome and still serve ‘Ole Massa’ and get kids to go to their schools,” Richard said.

“I’m hoping you do the right thing and change the names of Lee and Dowling.”

The board voted on the approval of a special election in November to decide on how to pay back the state as a Chapter 41 school district.

“In November, PAISD will ask our community to vote on how we will pay back TEA,” or Texas Education Agency, Porterie said. “It is dealing with more money than the state will allow us to have.”

Porterie said the board would prefer to pay with attendance credits

“This has nothing to do with raising taxes or lowering taxes; it has to do with paying back through attendance credits,” he said, which are a means of reducing a district’s wealth.

The district’s Chapter 313 agreement with Motiva has expired, requiring PAISD to pay the state recapture revenue.

“When you’re a Chapter 41 district, you have to pay back funds,” Porterie said. “You could either pay back through attendance credits or they can take your land.”

Porterie used the example of Houston ISD originally opting to not pay back through attendance credits; as a result, the state took part of its land, specifically the land around the Galleria.

Both the community and the Houston district did not want that and went through the process of paying attendance credits to get its land back.

The board considered and adopted the amended notice of calling a special election in November regarding Chapter 41 wealth equalization.

The board also considered and approved the purchase of attendance credits for the 2018-2019 school year.