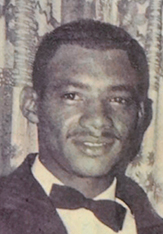 Walter Rocio, 80, passed away at Baptist Hospital in Beaumont, Texas on August 17, 2018 after a short illness with his daughter by his side.

Walter was born May 1, 1938 to the union of Felton Rocio and Lessie Pierre in Bordelonville, LA.  He accepted Christ and moved to Port Arthur with his mother at a young age.  He sacrificed his education and moved back to Bordelonville to be the primary support of his great grandparents.  In the late 50’s, he moved back to Port Arthur and worked as an auto mechanic.  He met and married the former Emma Ruth Lavalais and together they raised three children-Thaddeus Lavalais (Myclette), Carla Rocio Singleton and Darren Rocio.  Walter worked at Burton and Gulfport Shipyards before retiring in 1998. After Emma passed away in 1999, Walter spent his remaining years being a Paw-Paw to his grandchildren, visiting his friends and relatives and being a very giving and loyal man.  He was also loving and caring to his “fur babies” Elmo and Rex.  Walter was a friend to many who will remember him as a jokester with a big heart.

In addition to his children, Walter is survived by-six grandchildren, two great grandchildren, three sisters-in-law, two brothers-in-law, and a host of cousins, neighbors and friends.  A special thanks to the Frank Frugie family for adopting Walter as a surrogate Paw-Paw after he moved to Beaumont, and his Gulf Credit Union and Spectrum families.