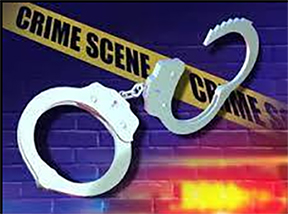 Home invasion suspect in critical condition after jumping out window

NOME — A home invasion suspect is in critical condition after he was cut jumping out of a window while trying to flee the scene Monday night.

The incident began with a call of a disturbance shortly after 10 p.m. in the 1200 block of Fourth Street. The male victim said he was confronted outside and forced inside his home at gunpoint by the male suspect. Once inside, a female resident walked into the living room and saw what was going on. While holding the victims at gunpoint, the suspect demanded that the male and female victims give him their money and phones, according to a press release from the Jefferson County Sheriff’s Office.

The male victim and the suspect became engaged in a fight in the living room while the female called 911. The male victim was able to disarm the suspect during the struggle. JCSO deputies were close by and upon arrival, the male suspect jumped out a back window in an attempt to flee. The window pane cut a deep gash in the suspects arm causing excessive bleeding.
While searching along the railroad tracks, Deputies Verdine and Ikner located the suspect lying on the ground near the tracks. He was bleeding heavily. Deputy Lowe arrived and retrieved his medkit from his patrol vehicle. Deputies rendered medical aid to the suspect in attempt to stop the blood flow. Acadian EMS quickly arrived on the scene and transported the suspect to a local hospital for treatment.
At this time, the suspect is listed in critical condition. Neither the names of the victims nor the suspect will be released at this time due to the pending investigation.

UPDATE 2: At this time, all eastbound traffic lanes of Interstate 10 in Jefferson County have reopened following an earlier... read more