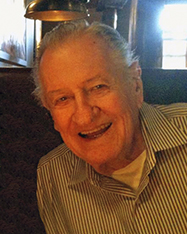 Born September 1, 1924 in Port Arthur, TX and peacefully passed away August 9th in Fort Worth just shy of his 94th birthday.

Glenn proudly served in the United States Navy during WW II, graduated from Texas A&M with a degree in Engineering and was a Mason Life Member. He had a passion for life and actively enjoyed golf, ballroom dancing and traveling the world until the age of 86.  He always has and always will be an avid Dallas Cowboy’s fan.

Glenn will be laid to rest at the DFW National Cemetery in Dallas on Monday, August 20th @ 11:30 am.

Please share special thoughts and memories with family at www.wadefamilyfuneralhome.com