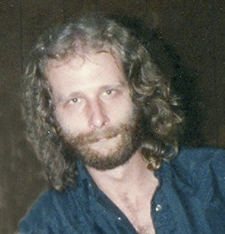 Donald G. Dixon, 53, of Nederland, Texas passed away August 11, 2018.  He was born on September 30, 1964 in Port Arthur, Texas to the late James A. Dixon and Mary Lou Miller Dixon. Donald loved NASCAR, especially Dale Earnhardt.  He was a member of NRA and also a Harley rider.  He loved his Miller beer and was an avid collector. Donald was a machinist for ATM Machine Works for 30 years.

Those left to cherish Donald’s memory are his uncle, Don Miller and his wife, Judy of Tulsa, Oklahoma; his cousins, Angela Gabbard of Columbus, Ohio and Daniel Miller of Tulsa, Oklahoma; his friend, Troy Crain of Nederland; Troy’s children, Shana, Ferguson, Michael Deemy, and Kayla Crain; and his friend, Gary Cater and his wife, Robin of Groves; Gary’s children, Alicia, Terry, Michelle, Jacob, Aaron, Mason, and Jaxon Cater; and his friend, Roberto Maraist and Robertos’s children, Miranda Maraist, Alisha Wilson, and Desi Hoag.  He will be dearly missed by all of his close friends.