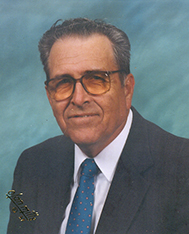 He was born in Mermentau, Louisiana on January 14, 1937 to Wilfred and Mary LeBlanc Landry.

Riley was a member of St. Paul Lutheran Church in Groves.

He was a member of the United States Air Force from 1955 to 1959 and most of his service time was spent in France.

Riley was a welder by trade and worked many years at Gulfport Shipyard.

When he was a teenager he learned the game of golf working as a caddy at the old County Club Golf Course in Port Arthur/Groves.

In later years he enjoyed playing the game at Port Groves, the “Pea Patch” in Groves.

A visitation for family and friends will begin at 10:00 a.m., Friday, August 17, 2018 at Levingston Funeral Home in Groves. Funeral services will follow at 11:00 a.m. with Reverend Dan Elkins officiating  and  Reverend Tim Dinger assisting.

Riley was preceded in death by his parents, his son, Riley Joe Landry and his sister, Burnell Tauzin.

DEATHS Evelyn Jones, 94, of Orange, Texas, passed away at her home on Tuesday, August 14, 2018. Arrangements, under the direction... read more