Teen, 15, charged in theft of Meals on Wheels van 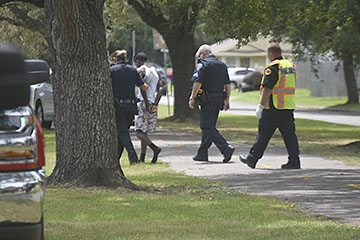 A juvenile suspect was arrested for allegedly stealing a Meals on Wheels van and leading police on a high speed chase before crashing into an SUV on Thomas Boulevard and Florida Avenue on Thursday. Mary Meaux/The News

A 15-year-old male Friday was facing charges of unauthorized use of a motor vehicle and felony evading arrest after stealing a Meals on Wheels van, leading police on a chase through town and then crashing into an SUV.

The unnamed juvenile was then taken to the Minnie Rogers Juvenile Justice Center in Beaumont.

Speeds during the chase, which started at Stonegate Manor Apartments and ended at Thomas Boulevard and Florida Avenue, reached at least 70 in a 50 mph zone in the wider-laned area of Memorial Boulevard.

At one point in the police chase the lead officer backed off — likely because the suspect was heading into a residential area — and kept his distance behind the stolen vehicle.

Two people in a GMC SUV suffered injuries when the van struck their vehicle, causing air bags to deploy and at least one person was seen being loaded into an ambulance.

“It’s unfortunate he hit that car and people were hurt. We never want to see that,” Blitch said. “The first officer, I can only imagine what he was thinking; he backed off the chase likely due to him (suspect) driving erratically.”

The midday theft and eventual crash resulted in Meals on Wheels Jefferson and Hardin Counties to be minus one vehicle.

Elaine Shellenberger, executive director for Nutrition and Services for Seniors, which is part of Meals on Wheels, said they will see what kind of reimbursement they will receive from insurance and will have to replace the van.

“We do have spare vehicles,” Shellenberger said.

Shellenberger said she believes everyone received his or her meals Thursday and no one was left out.

Meals on Wheels is always looking for volunteers to deliver meals.

“Some people volunteer many, many years then something happens and they can’t volunteer anymore,” she said. “We had a man who recently stopped volunteering at 93. He had to give up delivering meals. There’s always a need. The people that do deliver the meals are so committed to make sure they are there on the days they are supposed to be.”

“Any donations to help replace the vehicle are welcome, she said. “But we’re not going to let anything stop us from delivering meals.” 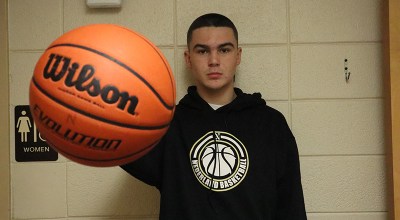 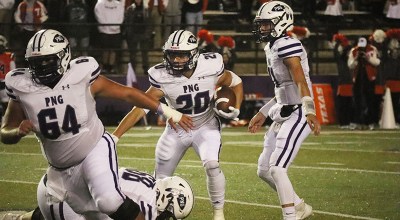 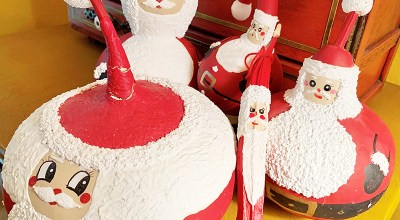 CULINARY THRILL SEEKING — The Okra Santas are out