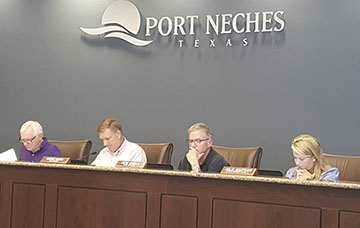 PORT NECHES — Employees with Port Neches city will likely see a 2 percent cost-of-living adjustment as well as a step increase if the proposed 2018-2019 fiscal year budget is approved as is.

The 2 percent COLA would cost the city $123,000 and the step increase for eligible individuals will come in at $144,000 for a total of $267,000 from the general fund. The full impact, when adding in the totals from the water and sewer fund and the sanitation fund, come to $323,100, according to information presented to the City Council during Thursday’s meeting.

Funding for health insurance increased by $11,100 from the current year due to changes to the census, City Manager Andre Wimer said. And payment to the Texas Municipal Retirement System, or TMRS, increased by $16,100 due to an overall increase in payroll and an increase in the TMRS contribution rate.

To create a balanced budget, the city is looking at increasing the tax rate by 1 cent over last year. The proposed tax rate of .735 per $100 of assessed valuation is above the effective rate of .716 but below the rollback rate.

The city allows for a 20 percent homestead exemption, an exemption of $16,600 for over 65 years of age and disability homestead of $16,600, according to information from the appraisal district.