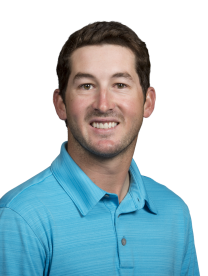 Andrew Landry unleashed one of the best rounds of his PGA Tour career Friday to soar 68 places up the leaderboard in the 100th PGA Championship at Bellerive Country Club in St. Louis.

Among those he passed was fellow Pea Patch alum Chris Stroud.

Landry, who looked to be in serious jeopardy of missing the cut after a three-over 73 on Thursday, came storming back with a 65. It left him at two-under 138 at the halfway point. 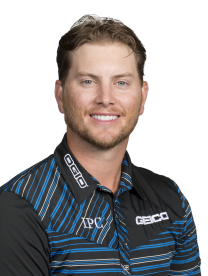 Gary Woodland stands alone at the top of the leaderboard at 10-under 130 following a 66 on Friday. Kevin Kisner is second at 131.

Starting on the back, Port Neches-Groves ex Landry made five consecutive birdies at one point and was headed to a 29 on the opening nine before taking a bogey at 18. The only other downer to his day was a costly double bogey when his tee shot kicked into the water on the par-3 sixth.

Stroud, meanwhile, backed up an opening 69 with an even par 70 and stands at 139. Following a wild first round that saw him make six birdies, three bogeys and a double, he had three birdies and three bogeys.

Had Stroud made any of three makeable birdie putts on the final three holes, he and Landry would have been paired for the first time.

“I would have loved to be paired with Andrew,” he said. “It would be a blast. I’m sure it is going to happen at some point. I am so proud of what he’s accomplished. He is the real deal. He’s got the game to win majors. It is so cool we are both working with Chuck Cook.”

For Landry, the 65 was his fourth-lowest score in a year when he’s had five top 10s, including his first victory. He shot a 63 in the Quicken Loans Championship and the CareerBuilders Championship and a 64 in the RSM Classic.

”It was a great round and I am very pleased,” said Landry. “Actually, I did not play that much worse when I shot the 73, but I was in the afternoon wave and the greens were so bad late in the day. Playing early today made a difference.

“I hit a lot of really good iron shots. Chuck Cook is out here this week and he really helped me with a simple fix to my swing. I had been getting a little too much inside. I’m really looking forward to the next two rounds. It should help that I will have an early start when the greens aren’t so bumpy.”

Underscoring Landry’s emphasis on his good his iron shots was the fact five of his eight birdies came inside 7 feet. The longest was 16 feet. His string of five consecutive birdies started at 13 and went through 17.

As for the double bogey that kept him from going really low, he said he misjudged the wind on the 213-yard sixth.

“Actually, I thought I hit a good shot,” he said. “That is a really tough hole and the wind swirls in that area. It honestly was not a bad shot. I thought the wind was off the right and it really swirled when I hit the
shot.”

Unaware that he’d just missed a first-time pairing with Stroud, he said he has never stopped to think what that would be like.

“It would be different and I’m sure it would be fun,” he said. “I know I always want to beat him and I’m sure he feels the same way. I think it’s great that he’s working with Chuck. I believe Chuck will help him get to a new level.”

Stroud, playing in the group behind Landry, was not able to take advantage of the morning putting conditions, using 31 putts. Over the final four holes, he missed a par putt from 9 feet and birdies from 7 feet, 11 feet and 20 feet.

“I had one of my best putting rounds Thursday when the greens were bumpy, then couldn’t make anything today,” he said. “But the real culprit was my iron play. I drove the ball great and kept missing greens. It felt like I only hit maybe five greens, but I believe it was nine.”

Stroud, who started at No. 10, got his day off the a roaring start by driving the risk-reward 307-yard, par 4, 11th and narrowly missing an eagle. But he was never able to get more than 1-under. All three of his bogeys came on par-3 holes and pulled him back to even.

The 409 Pro-Am League, a summer basketball league for professional and amateur players, most of them with ties to Mid... read more