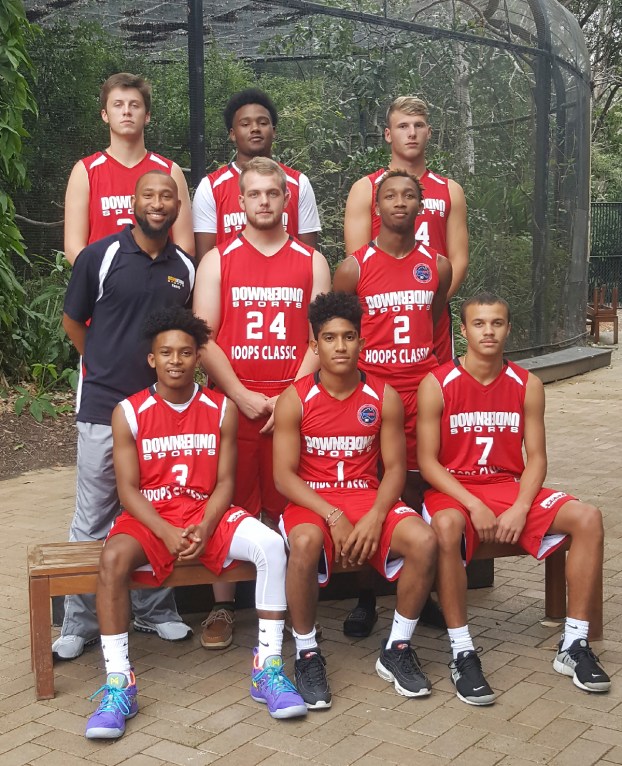 The Team USA Bulldogs coached by Tekoa’s Melvin Sostand, in navy blue shirt. Tekoa player Lesley Harmanson is in the middle of the back row. (Courtesy photo)

Sostand, who coaches Harmanson at Tekoa Academy, led the Team USA Bulldogs to a silver-medal finish in one of two pools at the 22nd annual Down Under Sports Hoops Classic, July 16-25 in Brisbane, Australia. Harmanson played a key role for the Bulldogs, playing in 10 games in two days while advancing to the championship game, where the Team USA Badgers edged them 38-36 in the final seconds. Down Under named each of the teams.

“It gave me a better perspective for basketball while playing under FIBA international rules,” said Sostand, who guided Tekoa to a district championship and third-place finish in Texas Christian Athletic League Class 2A last season. He coached the Bulldogs by himself. 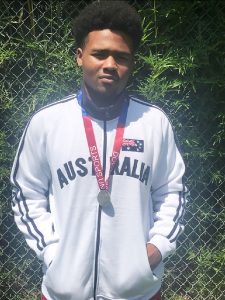 Harmanson was coming off a season in which he averaged 12 points, 12 rebounds and four blocks per game en route to all-district honors. A senior this coming school year, Harmanson played in the T-CAL all-star games in San Antonio in April.

Down Under Sports invited Sostand and Harmanson, who then raised money for travel to the Gold Coast. Athletes and coaches from across the country are selected to compete in Down Under Sports for basketball, cross country, football, golf, track and field and volleyball. About four of Sostand’s Bulldogs hailed from Texas, he said.

“I want to thank God for giving me the opportunity to coach abroad,” Sostand said. “The student-athletes were a pleasure to coach and were very knowledgeable about the game. Special thanks to Tekoa Academy under the direction of our CEO, Dr. Paula Richardson, for making this trip a dream come true.”