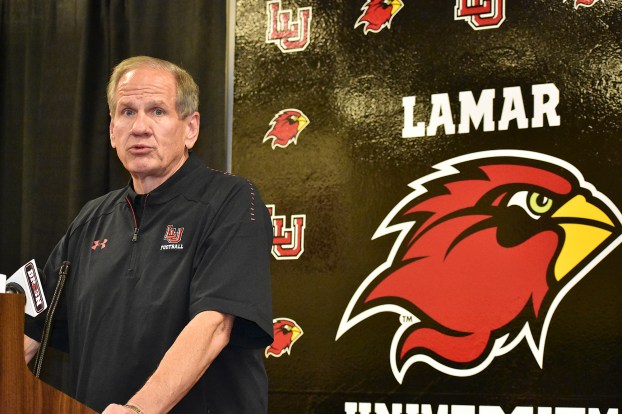 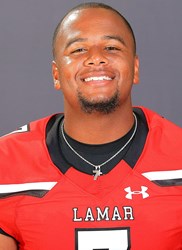 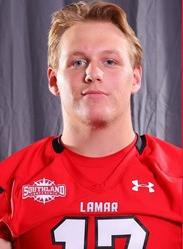 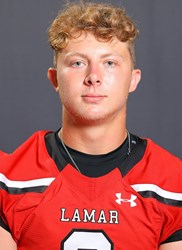 The Cardinals are bigger, faster and stronger.

“I’m excited to see how that translates in the upcoming season,” Schultz said Thursday afternoon in opening Lamar’s Media Day, literally 24 hours before the Cards began preseason camp. “We got pushed around at times last year.”

Lamar also had 57 new faces to the team. A lack of experience plus size didn’t bode well in Schultz’s debut season, as the Cards finished 2-9 and are picked to finish next to last in the 11-team Southland Conference this season. (Two conference members, Texas A&M-Corpus Christi and New Orleans do not field football teams.)

Schultz has credited the work in the offseason program in large part to strength and conditioning coach Dan Darcy, who was hired in April, and the improvements athletic director Marco Born has made to the training table.

“When our kids showed up from the time they got in the weight room to the time they got out, they loaded up on about 1,000 calories in 1½ hours,” said Schultz, who didn’t want to give out specifics about the Cards’ nutrition routine.

The added weight is noticeable across many positions, including backup quarterbacks Adam Morse and Jack Dallas.

Morse, the 2016 Port Neches-Groves graduate, gained 20 pounds and is listed at 231. Dallas, a two-time state champion at West Orange-Stark, added 15 pounds and is at 195.

“The offseason was a great asset for us,” said senior Darrel Colbert, who’s going into camp as the starter. “A lot of guys got bigger, faster, stronger, which the coaches wanted us to be at every position. The quarterback group, all of us went up on every lift, the squat, bench and powerlift.”

Seven or eight players, by Schultz’s estimation, are bench-pressing better than 400 pounds, and the starting offensive line weighs on average between 300 and 310 pounds, up from 285 a season ago. Colbert’s max bench lift is 325 pounds.

“I want to focus on getting stronger to stay healthy and be able to take some of those hits I’m going to take through the season, just to help my body last,” he added. “I feel like coach Darcy had a great plan to put in full effect.”

Case Robinson, a junior who entered the Lamar program as a 208-pound backup quarterback, is now a 232-pound tight end.

“Case is a window to our program,” Schultz said, highlighting Robinson’s growth as an example of the Cardinals’ offseason. “The confidence level is up, and our expectation level is up.”

As a true freshman, Morse mentioned the adjustment from 48 minutes of a high school game to 60 minutes in college as a challenge. He played four games in 2016 as the QB position was rapidly depleting due to injuries.

“The training program here is so much more intense than it was in high school,” Morse said. “Getting ready for an extra 12 minutes is a lot. When it comes to football, you’re always clapping pads every game.”

Morse and Dallas both redshirted last season and are working behind senior Darrel Colbert has six games under his belt at Lamar after transferring from SMU. Schultz said the number of repetitions Colbert got with the Mustangs amounted to that of a collegiate rookie.

Taking a redshirt gave the more local quarterbacks more time to adjust to Schultz’s system, as Morse played under Ray Woodard at Lamar.

“They [Colbert and Morse] have an extra year of experience,” Dallas said. “They know little and big things … getting in and watching film with those guys or just talking to them about offense and football, period, you just learn more and more every day talking to them.”

“He can chuck the ball, too,” said Morse, who had the highest completion rate (7 of 11 for 63.6 percent) during the March 29 spring game. “He’s a freak athlete. He can move, get out of the pocket, he can escape pretty well. … We love having him on the team.”

What remains to be seen is whether Colbert will share much playing time with any of his fellow signal-callers after doing so with 2017 senior Andrew Allen. Colbert’s plan is to improve a 53.6 percent completion rate that saw him total 863 yards and eight TDs with seven interceptions.

“I learn with every snap,” Colbert said. “I was taught to cherish and take advantage of every snap that you get. Learn something every snap, even when I’m not in and I’m watching other guys.”