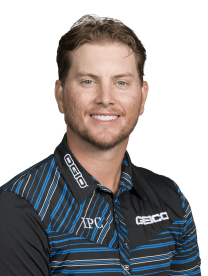 Andrew Landry will tell anybody who cares to listen that Austin-based instructor Chuck Cook is responsible for his emergence as a PGA Tour player to be reckoned with. After only one session with Cook, fellow Pea Patch alum Chris Stroud is a true believer.

Less than two days after spending five hours with Cook, Stroud fired a sizzling 65 Thursday in the Canadian Open. The 7-under-par performance was his lowest score of the 2017-18 season by two shots, and left him outright third after day one at Glen Abbey Golf Club in Oakville, Ontario.

Robert Garrigus set the pace with a 63 and Adam Schenk was a stroke back at 64. World No. 1 Dustin Johnson was in at 68. Due to a lengthy afternoon rain delay, several players will have to finish the first round Friday morning.

Stroud went to Cook, who is Golf Digest’s No. 3 ranked instructor in America, expecting help with his putting. Cook, however, told him the main reason for his struggles this season was not his putting but his ball striking.

Then he proceeded to make a quick fix.

“He showed me some video,” said Stroud. “He said you are too upright and not on plane enough. He said I have to get on plane quicker, so it’s more of a turn-turn instead of a lift and drop and all this stuff I have been doing for years. I have always worried about being too flat.”

With only nine holes of preparation, after arriving in Canada on Wednesday, Stroud made eight birdies, closed with a string of four straight and walked away feeling better about his game than he has in months. He can’t wait to get back on the course Friday afternoon.

“I put the ball in the right places and gave myself so many chances,” he said. “I putted average (28 putts) and shot 65. I think I missed six times from inside 16 feet. I could have gone really low.”

Stroud reached seven under after making his lone bogey at the par-5 second. He got to even with an 8-foot birdie on the par-4 third backed that up with another from 4 feet on the par-3 fourth then parred out to make the turn in 1-under 34.

“I had so many good looks,” said Stroud, who is way down at 162 in FedEx Cup points and 228 in the Official World Golf Ranking. “My misses were still on the fairway or just off of it, and I think I hit 15 greens. The ball was barely off line ever and my distance control was phenomenal.”

Stroud’s putting stats underscored what an exceptional ball-striking round he enjoyed. He was 17th in putts per greens in regulation and 18th in strokes gained putting. Normally those numbers don’t morph into rounds of 7-under par.

For Stroud, the timing couldn’t have been better. He is 51 weeks removed from his first-ever PGA Tour win and heads back to Reno next week for a title defense in the Barracuda Championship. He knows it’s late but not too late to salvage the season, much like he did last year.

“It has been a tough year for me on and off the course,” he said. “I understand the game well enough to know there are no guarantees I will go low again tomorrow. But I am optimistic. I won’t panic if I hit a couple of bad shots. Honestly, I feel better about where my game is than any time all year.

“The game continues to amaze me at how you can get so lost at this level. Somewhere along the way, I got lost. Even after working with Chuck, I came here with low expectations. I know you have to be patient with new stuff. But it fell into place really quick.”

Much of Stroud’s second round should air on Golf Channel’s 2-5 p.m. coverage Friday.

Donors and loaners of historical Southeast Texas high school sports and spirit items have responded to the Museum of the... read more