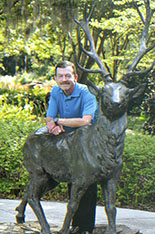 He was born on October 13, 1960 in Groves, Texas. Vance was a lifelong resident of the area. He graduated from Thomas Jefferson High School in 1979. Vance began working with his grandfather, Walter at the family business, Noack Locksmith when he was 10 and eventually took over the business as the owner with over 47 years total.

Arrangements for cremation are entrusted to Clayton Thompson Funeral Directors in Groves.