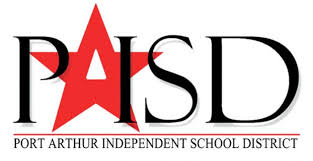 Gov. Greg Abbott released his School and Firearm Safety Action Plan this week, a 40-page document with 40 recommendations to improve school safety in the wake of the Santa Fe school shooting.

Its plan includes measurements such as increases in law enforcement presence at schools, hardening of campus facilities and prioritizing federal funding in school safety campaigns.

School districts like Port Arthur Independent School District have taken note, though the administration has already taken several steps toward ensuring the security of their more than a dozen campuses.

“You can go back to 2007 and the 2014 bond,” Superintendent Mark Porterie said. “We’re building and renovating those schools and upgrading their security systems.”

Vestibules would be installed in all of the new schools and renovated in the old schools. These would include doors that would have to be remotely unlocked before a visitor could enter the building.

In addition, the district is on track to eliminating the need for any and all portable buildings that currently house some of its students on various campuses.

“Some of our students and staff had to walk out of those buildings and into the main building anytime they wanted to use the restrooms,” Porterie said. “We said we were going to get rid of all portable buildings, and we’re getting rid of them.”

Porterie pointed to Tyrrell Elementary as the first new school recently completed, where the portables that students once used had been eliminated.

“Now all of our students are under one roof,” he said.

Other measures like sign-ins and machines that would automatically check a person’s ID for any outstanding warrants would be implemented into school security — if they hadn’t been already.

In a standout measure, Porterie said there are plans for metal detectors to be installed and used on all campuses within the district. More specifically, he said the administration is in the process of pricing them before any installation occurs.

“It’s a step BISD (Beaumont) used to take seeing as how what’s being done across the country,” he said.

According to a 2015-16 survey done by the Texas School Safety Center, 93.8 percent of administrators in the state reported to having never used metal detectors in their schools before.

As for the balance between keeping a school as an educational facility and turning it into a fortified cell, Porterie expressed confidence in making Port Arthur schools a safe place for learning.

Media relations person for the district Kristyn Cathey highlighted the schools’ tip line for parents to report any suspicious activities.

“The district has had the capability for students and the public to anonymously report anything suspicious via our website and mobile app for the past few years, and it is being used,” Cathey said. “We also rolled out Anonymous Alerts a few months ago that does the same thing.”

Porterie stressed that safety was paramount for all PAISD students and staff.

“We want to focus on safety for our children… Our plan for their safety will never end; we will continue to ensure their safety.”