The Southeast Texas Emergency Relief Fund announced Wednesday it has received $3 million from Motiva Enterprises — it’s the largest donation the organization has ever received — for Hurricane and Tropical Storm Harvey recovery and rebuilding efforts in Port Arthur and the surrounding Golden Triangle counties of Jefferson, Hardin and Orange.

In a prepared statement, SETERF said the donation would fund an initiative to first create advisory councils composed of Motiva representatives, key community stakeholders and local officials in the region to then determine how Motiva’s donation should be allocated in Southeast Texas.

That work will likely begin within the month.

“The advisory councils will select local and regional organizations focused on alleviating communitywide problems and that can demonstrate immediate impact and resolution of challenges to recovery efforts in Port Arthur and the surrounding three-county region,” the issued statement read.

SETERF describes itself as a 501(c)(3) organization established in 2005 to address the extensive needs of thousands of individuals on the coast affected by Hurricanes Katrina and Rita. It was activated again after Hurricane Ike hit Southeast Texas in 2008 and increases its activity at times of greatest community need, particularly after devastating storms, SETERF board member Joe Domino said Wednesday.

Domino said Motiva’s contribution was unexpected; SETERF learned of it only recently.

“Port Arthur and the surrounding area is an incredibly important community to us — a community that we want to invest in for the long term,” Brian Coffman, president and CEO of Motiva, said in an issued statement about the donation. “We were very intentional in our choice of a community partner when we decided to work with SETERF to manage and deliver on our commitment to ongoing relief and rebuilding efforts in Southeast Texas. We are honored to partner with this organization to make a difference in the community.”

Coffman assumed his leadership position at Motiva in late January; news of the donation came after that, Domino said.

“It was a great surprise when it came along,” Domino added.

Motiva provided some immediate needs such as bringing food trucks to feed emergency responders and individuals staying in shelters, in addition to providing fuel needed for some of the area’s emergency response operations.

“We know that SETERF will identify and assess the appropriate programs and projects that can make a measurable impact and real difference to our citizens,” said  the refinery’s communications manager, Verna Rutherford, who serves on SETERF’s Board.

‘Long way to go’ after Harvey

“The outpouring of support by individuals and local businesses has been remarkable, but we still have a long way to go to fully recover in the region,” Domino said in the issued statement. “Our hope is that Motiva’s donation reinvigorates the giving spirit that is so characteristic and ingrained in our community.”

“By partnering with companies like Motiva, we are able to fund programs and projects that stabilize the lives of individuals and their families who are still recovering from the devastating effects of Hurricane Harvey,” Domino added.

The Advisory Councils established to represent the different communities of Southeast Texas will consider charitable contributions to eligible nonprofit organizations and governmental agencies focused on getting community members back in their homes, helping schools with infrastructure and program recovery and aiding children and families in underserved areas. Special emphasis is on supporting programs designed to retain residential populations within the Port Arthur and surrounding communities following this devastating storm.

To date, more than $6.5 million has been distributed through SETERF. Donors can send contributions to www.seterf.org. 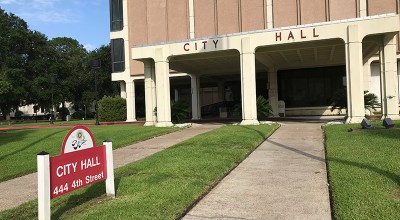