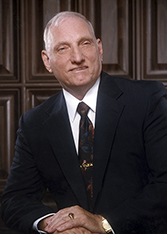 Clinton (C.B.) Graham served in the United States Army during the Korean War. He worked for the Gulf States and Entergy Companies in Beaumont, Texas and St. Francisville, Louisiana.

He was preceded in death by his parents; brother, Charles Graham; and grandson, Nathan Rountree.

In lieu of flowers, memorial contributions may be made in Mr. Graham’s memory to Alzheimer’s Association, 700 North Street, Suite M, Beaumont, Texas 77701.