A group of Hispanic business leaders concerned about restructuring the police department’s hierarchy and the fate of a top ranking Hispanic officer showed their support with a visit to city hall on Friday.

Zulema and Sergio Escobedo, Fernando Ramirez, Caleb Avilla and Armando Ruiz paid an unscheduled visit to Port Arthur Interim City Manager Harvey Robinson to show their support for Col. Frank Ramirez. A member of the group was told that Ramirez’s position might be in jeopardy due to the restructuring though no decision has been made and the city has not released any statements regarding the issue.

“We came up as a professional group to show support for the officer,” Fernando Ramirez said. “I think we did that. Mr. Robinson didn’t have to give us a meeting because we didn’t make an appointment… he really wasn’t prepared but gave us a few minutes.”

The city manager oversees management of the police department’s top administration and of late there has been turmoil in the department with the police union giving a vote of no confidence against Chief Patrick Melvin, officers retiring, officers being fired and other changes.

There is no official word that Col. Ramirez’s position is in jeopardy but rumor that Robinson will soon make recommendations for changes.

Escobedo was asked what she would like to see as an outcome after the talk with Robinson.

“I want his position to not be taken away,” she said. “His is qualified and has a lot of integrity and that counts a lot.”

The visit was also a way to show that the Hispanic community is coming together — there is a Hispanic political association in Jefferson County and a Hispanic Business Council as well as the Mexican Heritage Society, all of which have numerous members.

“We want to work with everyone, not against each other,” she said.

Col. Ramirez had a sit down session with Fernando Ramirez on Radio Vida, 1150am. He said he’s not sure of what changes that are coming and that he hasn’t been told anything on the subject.

“We were there representing the Hispanic community. Different nationalities from different countries from this community and we were there to support you,” Fernando Ramirez said about the officer. “We were there as a united group, professional and educated, and I think that’s what Mr. Robinson was pleased at.” 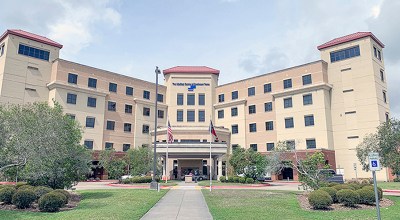 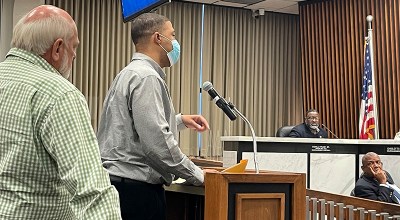