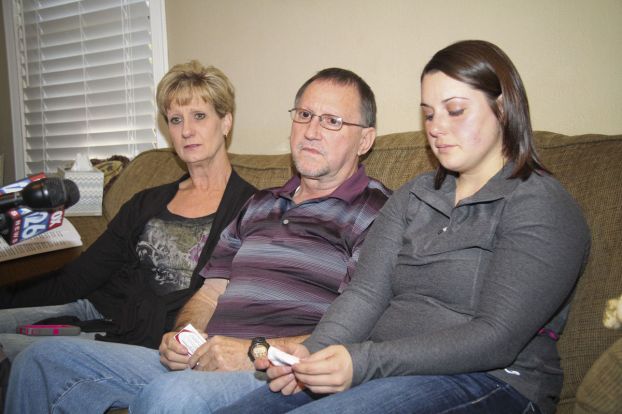 Mike Lovelady remembers all too well when he uttered the phrase “terrorism and Nederland don’t go together.”

It was at the funeral of his brother, Victor Lovelady.

Victor Lovelady was one of three Americans killed by terrorists while working at an energy company in Algeria on Jan. 19, 2013.

To honor and bring attention to Lovelady’s story, U.S. Rep. Ted Poe, R-Humble, has submitted a request for Lovelady to be posthumously awarded the Presidential Medal of Freedom, the nation’s highest civilian honor.

Poe submitted the request under both President Barack Obama and President Donald Trump’s administrations and for now, the issue is out of his hands and into the president’s.

“We (family) asked Mr. Poe about this and he thought it was a great idea,” Mike Lovelady, of Nederland, said. “Victor was average people and what he did, put others above himself, is selfless. He let those people (others at the plant he worked at) go into the attic and he was caught and killed.”

Militants based in neighboring Mali seized the British petroleum plant where he worked. He was helping people hide from the terrorists when he fell and broke his leg and was captured. He and others were tied up with explosives and killed.

“It was supposed to be a pretty safe plant; it was well protected,” he said. “He had just gotten into the cantina, where they have breakfast, then the plant was raided and he was captured. I talked to him that morning; he had been captured, tied up. He called me so I could let his wife know. He and I got to talk.”

The phone conversation was likely a way for the terrorists to ask for ransom, which wasn’t provided by the U.S.

An industrial engineer and electrician at the age of 57, Victor Lovelady could likely have retired. A Nederland native, he and his wife had recently moved to Atoscocita when the tragedy occurred.

“He wanted to work for three more years then retire at 60 and travel with his wife,” his brother said. “He did this (worked) for his family.”

Mike Lovelady remembers the words he spoke at Victor’s funeral — “I can associate with my brother getting in a car wreck or having cancer. But terrorism and Nederland, Texas, don’t go together.”

Not long after his brother’s death, Mike Lovelady traveled to Washington, D.C., and spoke to a congressional subcommittee about Victor.

“I felt Victor deserved it,” he said of telling Victor’s story. “Not just because he’s a loved one but someone who gave his life for other people.”

A Port Arthur man has been sentenced to 80 years in federal prison for violations related to the murder of... read more