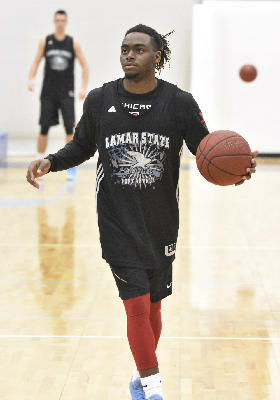 Seahawks try to start turnaround with own Classic 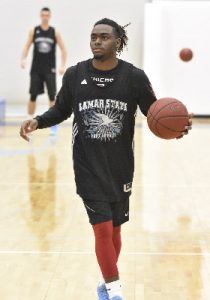 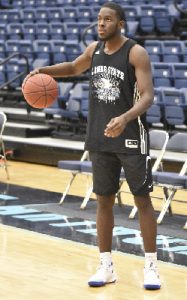 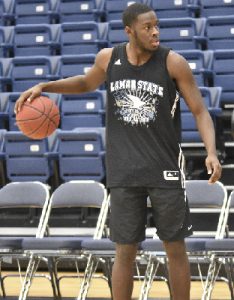 Twenty-four days since Lamar State College Port Arthur’s last game, coach Lance Madison can only hope the start to the Seahawks’ second half of the season goes in a much different direction.

“I’m just glad we got everybody here and we’re injury free,” he said Friday. “That’s the most important part. Sometimes, you take that many days off, guys get injured when you start back. But everybody’s here and everybody’s healthy, and we’re excited to get back as a team.”

The Seahawks (4-7, 0-3 Region XIV South Zone) on Thursday commenced their first practice since a 69-65 loss at Navarro College in Corsicana, their fifth straight defeat. The finals period at Lamar State followed the next day, and the players were then given time to go home for the holiday season.

They will host a two-day Seahawks New Year’s Classic at the Carl Parker Center beginning Saturday with North American University and Victoria College squaring off at 4 p.m., followed by Lamar State vs. Lone Star College-Cy Fair at 6.

Sunday’s games include Victoria vs. Cy Fair at 2 p.m. and Lamar State vs. North American at 4.

“We’re really just excited to start it all back up,” the Silsbee graduate said. “We’re all looking for a turnaround because we’ve been kind of off. All of the losses we had came down to, like, one possession. We’re just trying to turn that around.”

In fact, three of the seven losses were decided by four or fewer points. Two more losses were at the hands of teams currently ranked nationally, including No. 1 and unbeaten Northwest Florida State and No. 22 and once-beaten Tyler Junior College. South Plains College, now unranked, was third when it beat Lamar State in November.

“It was a challenging schedule,” Madison said. “We played some teams ranked in the top 25. … We lost our last two conference games by four points or less. If we just get one more rebound, one less turnover, convert some free throws, then those two losses become wins.”

Sophomore forward Rodney Brown is the Seahawks’ only double-digit scorer in average at 11.5 points per game, but the team has been balanced on offense with three more players averaging better than 9 per contest. Still, Madison is looking for someone to be the go-to guy on a team that has produced All-American forward Colton Weisbrod and All-Region XIV guard John Comeaux in the last two seasons.

This one’s for J-Dub: Titans outpace 6A Panthers, dedicate game to fan