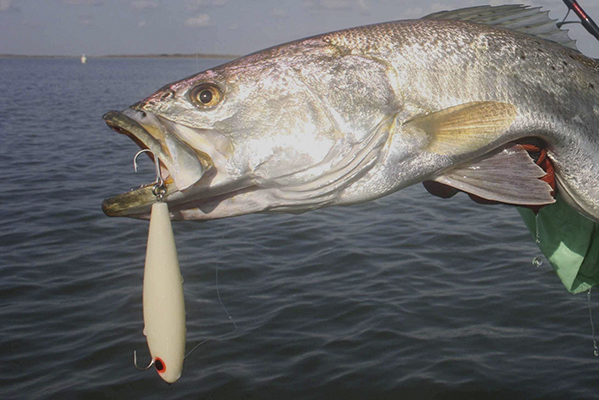 To be successful, a good angler must be familiar with tides.

Tides are the most important but yet most misunderstood element of saltwater fishing.

And judging from reader questions over the years there is a great desire to learn more about tides and how they impact fishing.

One of the questions I hear most often goes something like this: “I saw where the low tide was going to be at 11:15, but the water was up above the boat dock. How could the tide be so high during the low tide period?”

To answer this and any other question about tides, it is best to take a good look at what tides are and exactly what forces cause them.

My mentor, late outdoor writer Ed Holder, told me that the easiest way to understand how these tidal movements work is to compare them to a wave.

“In essence,” he said, “a tide is a large, slow-moving wave that starts off in the ocean, moves through a pass and ends up in the back of a bay or upland into a river system. And it’s all influenced by the elements.”

Remember that most waves are influenced by wind and tides are no different. This is why some low tides aren’t always so low.

A strong southerly wind pushes a lot of water into a bay system, causing unusually high tides, even sometimes during periods when moon or solar patterns call for low tides.

During spring southeast winds prevail along the Upper Texas Coast and can play heck with the tide tables. What are supposed to be low tides can end up being more than a foot above normal because of the constant, pounding southerly wind.

Conversely, north winds will push water out of an ecosystem.

That’s why during the fall we get such low tides. “Blue northers” in conjunction with a strong tidal pull will really drain an area and help to cleanse coastal marshes.

Moving on, but still keeping with the idea of viewing the tide as a wave, it’s very important for anglers to understand that tidal strength at points away from the immediate coastline won’t be as strong as those at a pass near the Gulf.

“You’ve got to realize that like any wave, a tide weakens as it move inland,” Holder said.

“So, your strongest tide will be near the Gulf and the weakest will be far into the bay or river.”

Television reports often give tides for the Sabine Pass Jetties.

But at Stewts Island, on the north end of Sabine Lake, what is a three-foot tidal change at the pass may be reduced to somewhere between two and two-and-a-half feet. And 10 miles up the river at the Interstate 10 bridge at the Neches River, it might be only a one-foot change. But you’ll need to remember, the wave weakens as it moves farther inland.

Another question I’m frequently asked is: “We saw on the television that we would have a high tide about 5 a.m., so we got out there an hour early and the tide didn’t move for hours. Was the TV tide table wrong?”

Probably not. Most times when I get a question like this, it’s from someone who doesn’t understand one very important point about tides.

That point is, the tides given in some papers and on television merely tell you when the lows and highs occur. However, they don’t tell you how much change will occur between tides.

That’s all the information you get in some tide tables.

But if you dig deeper into charts that the National Oceanic and Atmospheric Administration (NOAA) you would find some very interesting information about those same tides.

But you would also learn that between that 12:50 p.m. high and the 8:37 p.m. low, the tide is forecast to drop more than two-and-a-half feet-a very strong tide for the Texas Gulf Coast.

Now let’s suppose someone decides to go fishing on that Tuesday morning and doesn’t look at a tidal correctional chart but instead glances at the tide times on television or gives one on a website a superficial look.

He sees there will be a low tide at 8:55 a.m. and a high tide at 12:50 p.m., so he assumes the tide at the Sabine jetties will be rising between those two times. It will, but it will rise only five inches, which is an inch an hour.

He probably won’t even notice the change. And he’ll come back convinced the television was wrong.

To properly base a fishing trip around tidal movements, the key thing to watch is how much change will occur between tides.

Once learning how to read tide charts is mastered, there are a few other things to keep in mind that can help you successfully fish around tides.

It’s important to always watch the charts for quick tidal turnarounds and swings from one extreme to the other in a short period of time.

The faster the water is moving, the more prey is displaced from its cover and put into the open water.

When jetty fishing it is often better along the Gulf side during an incoming tide, but the action usually shifts to the channel side on an outgoing.

This is because shrimp, shad and other baitfish are being flushed from the bay systems toward the Gulf.

Remember that tidal movement is always the most out of proportion and visible around passes and inlets. That is because water in these narrow areas is being forcefully funneled through them. However, in the bays or in the ocean, it isn’t always easy to tell when the current is moving or in which direction.

Sometimes there is a conflict between wind and tide, and on a weak tide with a strong wind it can be especially hard to tell which force is moving which way.

A good way to find which way the tide is moving is to find some structure and look for signs of movement around it. If you’re wading you can kick up some sand and see which direction it settles. Or if you’re in a boat, you can pitch out a light, sinking lure and see which way it moves.

Once you get comfortable with reading the tides and learning how they intimately affect the areas you fish, there’s no question your rate of angling success will increase.

(To contact Chester Moore, e-mail him at chester@kingdomzoo.com. You can hear him on “Moore Outdoors” Fridays from 6-7 p.m. on Newstalk AM 560 KLVI or online at www.klvi.com.)