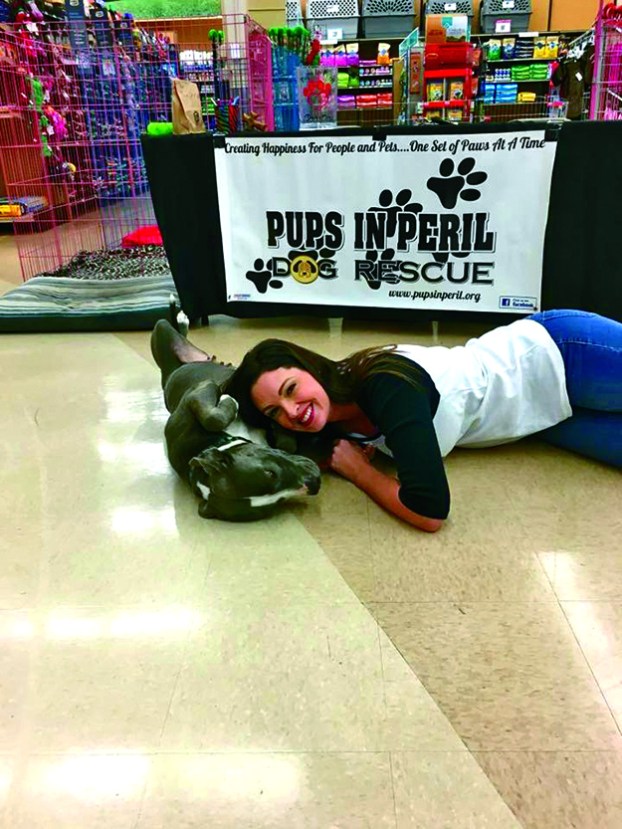 Photos from last year’s Brentwood Bark and Bash, which took place in May of 2016. The event raised money for Pups in Peril, a non-profit animal rescue shelter and foster program.

By Sarah Culton/For the News

Dog lovers will have a chance to enjoy the sun and give back to the community Saturday, thanks to a local non-profit organization.

Pups in Peril, a no-kill animal rescue shelter and foster program operating out of Groves, will host its second-annual Brentwood Bark and Bash from 10 a.m. to 4 p.m at Brentwood Country Club, 4201 S. Major Drive in Beaumont.

The free event will include a children’s bounce house, face painting, a silent auction, a raffle, a dog pageant, food trucks, vendor booths and a Jeep show.

Dogs that are leashed and up-to-date on their vaccinations are welcome at the event.

“It’s going to be a great time,” said Angela Dodson, director of public relations and fundraising for Pups in Peril. “There will be something for everyone.”

Proceeds from the event will go toward raising money for Pups in Peril, as it is a volunteer-run organization, and victims of Hurricane Harvey.

“I hope we raise enough [money] that we can fix some issues at our rescue barn that Harvey kind of messed with,” Dodson said. “This [fundraiser] really is for a good cause.”

One of the main attractions of the event will be the Jeep show, Dodson said.

The show, which has a $20 entry fee, will donate all its earnings to those who have been impacted by Hurricane Harvey.

Last year, the organization hosted a classic car show as part of the Brentwood Bark and Bash. However, after watching people who drove Jeeps, whom Dodson calls “Jeepers,” wade into the water in the aftermath of Harvey to help rescue those impacted by the hurricane, officials at Pups in Peril decided to honor those Jeepers with a car show.

“Jeepers really were kind of our first responders,” Dodson said. “We thought, ‘Well, this is apropos. We are going to take all the proceeds from the Jeep show and give it to Harvey victims.’”

Visitors to the Jeeps show can vote in three categories, best name, best custom paint job and “most used and abused,” by placing a dollar ballot, which will also be given to Harvey victims.

“The Jeep show is strictly for raising money for Harvey victims, which I think we are doing in a fun way,” Dodson said. “Everything else is going to Pups in Peril.”

The Brentwood Bark and Bash received funding from many different local individuals and organizations in order to make the event happen. The main sponsors Med Spa in Beaumont and Leak Sealers in Port Arthur.

Others are donating their time and services, including the bands putting on the concert and Brentwood County Club.

“We are so grateful for what everyone has given,” Dodson said.

Dodson would encourage anyone who is interested to come to the event, not just to raise money, but to lift community spirits.

“People right now, they need something different to focus on, even just for a few hours,” Dodson said. “Even if someone can’t donate something, just come out and enjoy a free concert for a few hours. It’s something this community needs.”

Lost your license in Harvey? Get a new one free