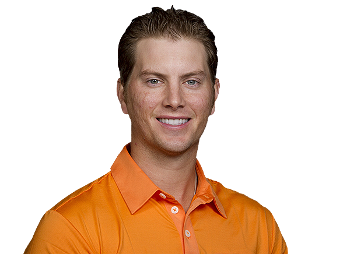 “My whole body is shaking,” said the one-time Port Neches-Groves great, after a second playoff birdie ushered him into the winner’s circle for the first time in 289 starts as a pro. “I was so calm all  day but now I’m shaking.”

Stroud’s victory was worth so much more than the $594,000 first place check. It bought him exemptions on the PGA Tour through 2019, got him into next week’s PGA Championship, guaranteed him a spot in the FedEx Cup playoffs and enters him in the 2018 Tournament of Champions in Hawaii and the 2018 Players Championship.

On the verge of being without a PGA Tour card for the second consecutive year, Stroud was so overwhelmed he briefly groped for words.

“I have thought about this so many times in my dreams and thought about what I would say,” Stroud reflected. “I am so happy for Team Stroud. I want to thank everybody for everything they have done for me.”

Stroud’s first win came in almost fairy-tale fashion. In an event played under a Stableford points format, he was tied for 22nd after 54 holes and realistically just hoping to claw his way into the top 10.

Then he unleashed the most birdies he’s ever made in one round in a PGA Tour event, and topped it off by rolling in a 5-foot eagle putt on the par-5, 18th hole. Under Stableford scoring, an eagle is worth five points.

That jumped him to 20 points for the day, 44 for the tournament and to the top of the leaderboard for the first time. He wound spend the next three hours observing lightning delays and dodging bullets from a handful of players with a chance to catch or pass him.

Ultimately, a 45-year-old veteran named Greg Owen and a tour rookie named Richy Werenski matched the 44 points and the trio headed to the 18th hole for sudden death. Stroud nearly won it the first time but his 20-feet eagle putt came up short. Werenski matched his birdie and Owen was eliminated.

The next time they played 18, Stroud was just off the green in two but only 15 feet away for eagle. Werenski’s second went over the green and his chip came up 20 feet short. When his putt missed, Stroud sealed his victory with a two-putt birdie.

Stroud’s 20 points on Sunday were two more than anybody else managed in any round of the tournament. He’d made 12 on Saturday to move up from 46th place to 21st. Under a stroke play format, he would have shot 8-under-par 64 in the final round.

“I have been playing pretty well,” said Stroud. “The difference was my putting. I have probably used 15 different putters in the last 10 weeks. This weekend, I used an old counter-balanced putter that helped me release through the ball. I made a lot of putts.”

For the record, he needed only 24 putts over the final 18 holes.

After he reeled off consecutive birdies at 13, 14 and 15, then made par at
16, Stroud told his caddie he would have to finish birdie-eagle to have a
chance to win. He got it to 5-feet for birdie at 17, but the putt did a
horseshoe and came out.

On 18, he ripped his drive 310 yards, then hit a 278-yard 3-wood to within
spitting distance. When the putt fell he jumped over Owen and into the lead.

“Honestly, I didn’t think it was going to be enough,” he said.

Three hours later Werenski and Owen birdied 18 to match the 44 points. But Stroud, after a near 11-year wait, wasn’t going to be denied.