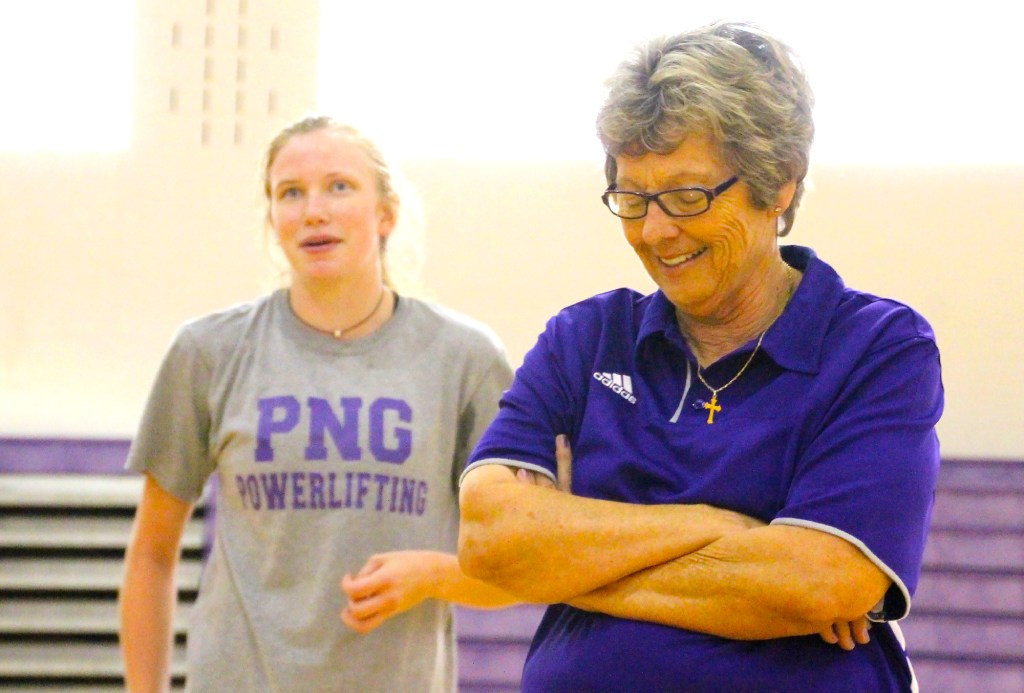 PORT NECHES — Reminded that she’s going into her 47th season as Port Neches-Groves’ volleyball coach, Barbara Comeaux (jokingly) recalled the time the school took a chance on a young lady to turn the Rock-A-Noos into a perennial power.

“I was 12 when I started,” Comeaux said in the most relaxed if not straight-faced manner. “PNG was a very progressive school in the early ‘70s, and they took a chance on a 12-year-old.”

Wow, has she grown.

They were 15-11 going into District 22-5A play before posting a 13-1 mark to tie Nederland for the district championship. PNG won a one-match playoff to earn the No. 1 seed for the 5A playoffs and eventually break some long postseason droughts.

The bi-district round win was the Rock-A-Noos’ first in five years. The area round victory put them in their first regional round since 2003.

“We were just trying to get really far in the playoffs and win district and everything for our seniors to make it a good season for them,” sophomore Elizabeth Bolyard said.

With the all-around depth Comeaux highly touts, PNG has an opportunity to make a state semifinal for the first time since last winning it all 36 years ago.

“Our strength would be that we had that [playoff] run because we had the skill and didn’t always had the confidence,” Comeaux said.

“I think this team has bought into what we want from them as far as work ethic and team unity and learning how to beat the drills in practice and not let the drills beat them,” Fruge said Tuesday during PNG’s first day of practice. “We can be playing Red Rover Come Over, and they’re going to be competing.”

Gone from the 2016 team are five seniors, including 22-5A MVP Cheyanne Orozco. But returning is what Comeaux calls a deep nucleus led by fourth-year starter and first-team all-district performer Libbie LeJeune.

“Every single player is so committed this year and we’re all ready to go far,” LeJeune said. “We know as the team that we were last year, this team is better. So, we can go farther than we did last year.”

The nucleus also includes Bolyard, who was named the 22-5A newcomer of the year, Kaitlyn Gil, Rachel Hammersmith, Bayja Newby, Baylee Priddy and Kailey Oliver.

Comeaux’s goal before PNG starts the season next Tuesday at Bridge City is to identify the junior varsity players and varsity players who didn’t see much playing time in 2016 to build around the nucleus.

“We have a lot of well-rounded players, and it’s going to be fun looking at all the different combinations and seeing what’s best for us,” Fruge said. “We definitely have options.”

So far, it appears the defense has already taken shape.

“Our defense has gotten a lot better than it was last year,” Gil said. “We pulled up some young people, and we have made it a lot better. Our height helps, so our block is going to help us.”