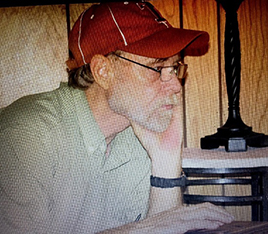 J.L. was born September 14, 1952 in Port Arthur, Texas. He began working with his father in the family business at a very early age and went on to found a marine transportation companyin Sabine Pass TX.  He owned the regionally famous Eellee’s Seafood Restaurant which operated in Southeast Texas between 1982 and 2001.  In recent years, J.L. returned to his first love and had a successful third career as a Master Towing Pilot on Inland Riverboats.

He is survived by his daughter, Vanessa Lee Broussard of LaBelle TX; his grandsons, Bailey Dequir of Beaumont TX and Tate Brown of LaBelle TX; great granddaughter, Ellie Dequir; his sister and brother-in-law, Debbie and Donnie Storey of Nederland TX and his brother, Mark Lee of Wailuku HI.

He is remembered by those who knew him as a generous and genuine man who was loyal to his family, his friends and his business associates.

A private memorial service will be held to celebrate his life.  Please direct any memorial donations in J.L.’s honor to the charity he supported throughout life, St. Jude Children’s Research Hospital.