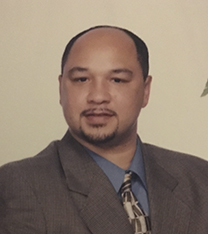 He attended Thomas Blvd. Church of Christ where he assisted with the Lord’s Supper and the contributions of the church.

Craig will forever be remembered by his wife and best friend of 19 years Terrelle, and their children Christopher (Lynesha) and Ariana, his brothers Kevin and Darryl; his grandchildren, Raymond, Victoria and Chloe; brothers-in-law, Steven Jones (Christine), Ben Hawthorne (Sherry), Mark Jones (Gwen), David Jones, and sister-in-law, Cathy Shoulders (David).  Craig will also be forever remembered by a host of aunts, uncles, nieces, nephews, and friends.

Funeral service will be 11 a.m. Saturday, July 1, 2017 at Thomas Blvd. Church of Christ with visitation from 9 a.m. until service time.  Burial will follow in Greenlawn Memorial Park under the direction of Gabriel Funeral Home.