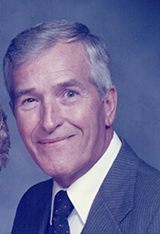 Joe was a resident of this area for 64 years and was a member of the United Methodist Temple. Joe was a clerk at Texaco Refinery until his retirement after 34 years of service. He was also a member of Groves Masonic Lodge #1315.

He was preceded in death by his wife of 57 years, Marilyn Lovelace.

A visitation for family and friends will begin at 10:00 a.m., Friday, June 16, 2017 at Levingston Funeral Home in Groves followed by the funeral service at 11:00 a.m., with Reverend Guy Williams officiating. A military graveside service will follow at Oak Bluff Memorial Park.