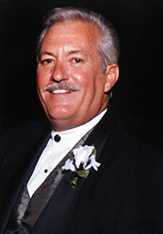 Tommy was in the United States Army National Guard for 5 years. He worked for Southwestern Bell for 27 years and retired as an engineer from AT&T. Tommy enjoyed growing vegetable gardens, deer hunting, and relaxing in his garage with family and friends.  He was an avid Cowboy fan and loved watching his grandchildren play baseball and dance.

He was preceded in death by his parents; and brother, Elzie “Sonny” Chambers.