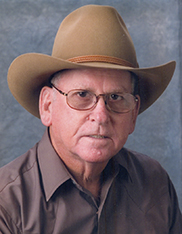 Robert was a lifelong area resident and he retired from Neches Butane/Huntsman as a boilermaker after 38 years of service. He proudly served his country in the U.S. Air Force.

Robert was an avid camper and fisherman. He also loved to spend his time gardening, riding his motorcycle, and watching football. He always had stories  and memories to share and spent many nights swinging on the porch with his family.

He was preceded in death by his parents, one sister, Velma; and five brothers, W.D., Bill, Onnie, Ralph, and Lewis.

A visitation for family and friends will be held on Thursday evening from 5:00 p.m.-8:00 p.m. at the funeral home.

A special thanks to his caregivers, Rhonda and Sharon.