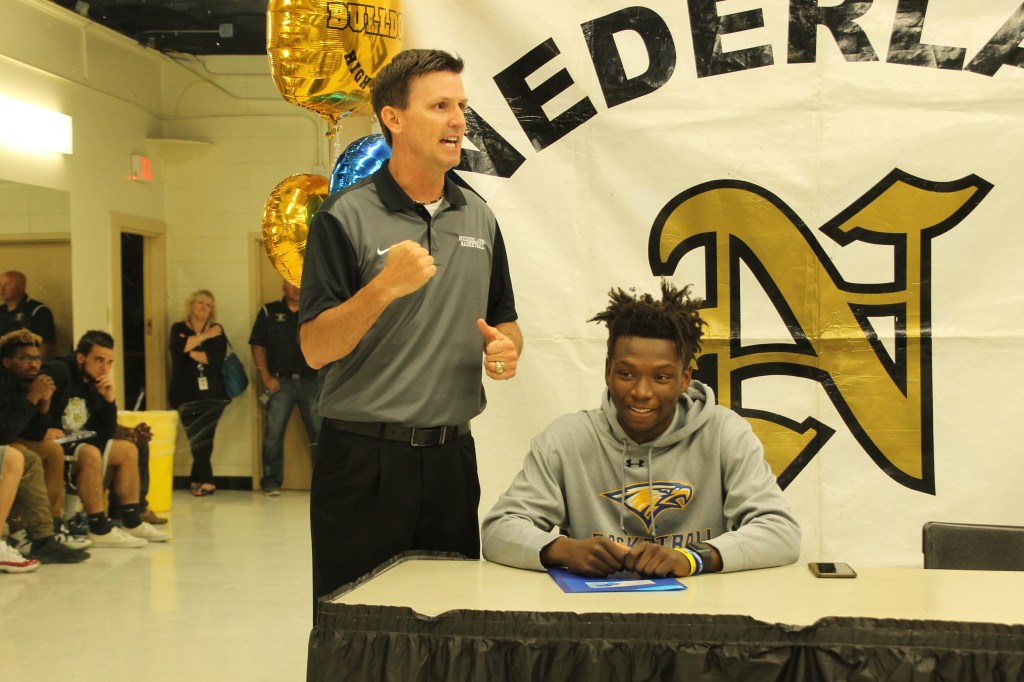 NEDERLAND — The early bird gets the scholarship.

Nederland senior Darrell Jones called the coach at John Brown University in northwest Arkansas at 5:30 a.m. during his recruiting visit and asked him to open the gym so he could shoot.

Fittingly, Jones signed his letter of intent with John Brown, an NAIA program, just after 8:30 a.m. Wednesday … in Nederland’s Dog Dome, no less.

“He’s earned that,” Nederland coach Brian English said. “He can play there. He’s going to have a great career there and we look forward to seeing what he does this next chapter.”

Jones closed a stellar career with the Bulldogs this past season and won the Raymond Depwe Award for best point guard in Southeast Texas. His high school stats weren’t immediately available.

Jones had plenty of special visitors for his signing, including his family and recent John Brown guard Zach English, Brian’s son who graduated from Nederland in 2013. Zach was named All-Sooner Athletic Conference in 2017.

That connection to John Brown was an influence in Jones picking the school.

“Coach English, he really wanted me to go to John Brown,” Jones said. “He was like, it’s a great facility, great people there. Me, I really liked it. It’s like a brand new school, nice place.”