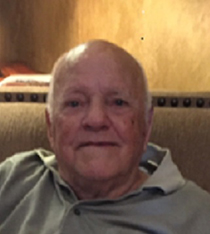 Dudley was born August 20, 1928 in Mamou, Louisiana to Nelson Richard and Edna Aymond Richard.  He was a resident of Port Arthur for sixty-five years and a retired Boilermaker at Arco Polymers.  He was a member of St. Therese Little Flower of Jesus Catholic Church and a US Air Force Veteran.

Dudley was preceded in death by his wife of fifty-one years, Peggy Deshotel Richard.