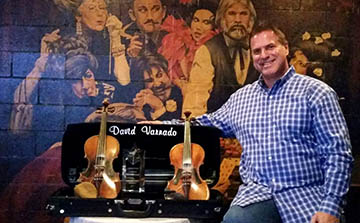 David Varnado has spent nearly a lifetime playing the fiddle and honing his skills at Cajun, country and Texas swing music.

He’s played everywhere from local clubs to Louisiana gigs to Nashville and the Grand Ole Opry and has spent 250 days a year touring with big name artists. 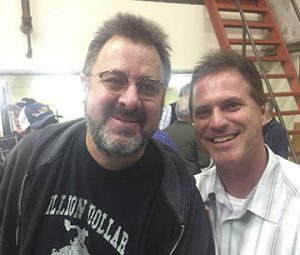 The list of performers he’s worked with is like a who’s who of music legends — Loretta Lynn, Ty England, who worked with Garth Brooks, Johnny Paycheck, Neil McCoy, Trick Pony and George Jones, to name a few.

Now he’s getting recognition for his expertise as a musician with the 2017 American Fiddlers Association Legend Award.

Little Red Hayes presented the distinguished award in a ceremony in Jasper on Monday then, on May 1, Varnado will travel to Nashville where Vince Gill, now part of Time Jumpers, will honor him in a separate ceremony. 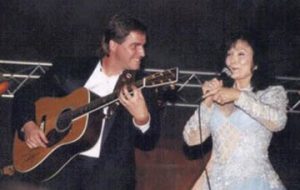 But it all began right here in Port Arthur.

“I started out at 14 years old playing at the Boudain Hut when it was down the road,” Varnado said referring to the bar/eatery’s first location near Main Avenue. The Hut, as it is known to locals, is located 5714 Gulfway Drive.

His dad Randy played the fiddle and the guitar and performed on a smaller scale.

“I was 4 years old when I started playing and by age 12 he was taking me to clubs and I was making money,” Varnado said. 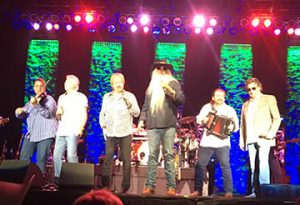 The fiddler grew up in a strict Catholic household and his dad drove him many miles so he could get experience at performing. Varnado also plays the acoustic guitar and the mandolin.

“Rufus Thibodeaux was my mentor and teacher from ages 12 to 17,” he said of the man dubbed the King of the Cajun Fiddlers.

Thibodeaux is known for playing with greats such as Bob Wells, Jimmy C. Newman, George Jones and Neil Young. 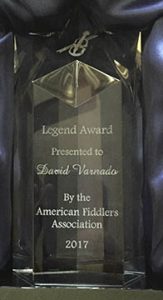 “Those two (Sonnier and Thibodeaux) brought me to Nashville. I was 17,” he said.

Varnado has enjoyed performing through the decades and summed it up quite simply.

Being on stage and performing with some of the biggest stars in music has been a great experience for Varnado.

“There’s nothing like working with a well known artist and have 20,000 people waiting for the person you work with,” he said. “And there’s nothing like the feeling of riding on the road in a half-a-million dollar tour bus and be with a group of people feel like you’re part of the family. I was born and raised here and am proud to be from Port Arthur, Texas.”

Varnado retains a Nashville home and moved to Nederland more than a decade ago.

Varnado has twice been nominated for the Academy of County Music’s best fiddle player award and for that he is grateful, he said.

But it’s the legend award that is close to his heart. While playing recently in Shreveport, Louisiana, he was met by James Burton who played with Elvis from 1969 to 1977.

“He came down to congratulate me on the award,” he said while showing a photo of him and Burton.

“I don’t think I deserve it,” he said of the prestigious award.

A Beaumont man has been charged with aggravated assault with a deadly weapon stemming from an Easter Sunday shooting in... read more