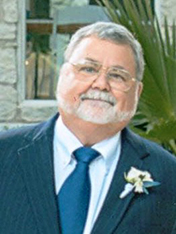 Mike was born on January 10, 1953 in Tuscaloosa, Alabama to parents Betty Pope Cichowski and Marvin Michael Cichowski Sr.  Mike was a lifelong resident of Port Arthur; he graduated from Thomas Jefferson High School in 1971, where he was Student Body President and an Eagle Scout.  Mike attended Texas A&M University for one year before coming to his senses and transferring to the University of Texas, where he met his wife, Pam.  After graduating from UT, Mike went on to graduate from University of Texas Law School.

Mike was an attorney in Port Arthur many years.  He began the practice of law working for three years at the Jefferson County District Attorney’s office.  He then left for private practice.  Just as Mike’s practice was helped along by the mentorship of lawyers from a previous generation, Mike was known to offer mentorship and help to many young lawyers, including both his children.  He loved being down at the Courthouse trying cases to juries, and was a fierce advocate of the jury system.  During his time in practice, Mike served as president, vice president and treasurer of the Jefferson County Bar Association.  He also assisted in the development of the Jefferson County Bar Association Pro Bono Program, whose mission is to help people who lack the financial means to hire an attorney obtain legal assistance in civil matters.

Mike’s two greatest passions were hunting and fishing.  If you wanted to find him on any given weekend, you only needed to ask where the birds were flying or where the fish were biting.  When the wind kept him off the water and hunting season was over, Mike enjoyed working in his garden, reading, and cooking for his family and friends.  Mike was a member of Wiergate Hunting Club, where he was known for his opening day fish dinners.  Mike’s newest passion was entertaining (and being entertained by) his grandson, Michael, and planning with anticipation the adventures they would have with his granddaughter on-the-way.  Mike loved to laugh and tell a good story.  His family hopes all his friends and loved ones will tell stories of him and laugh in his memory for many years to come.

In lieu of flowers, donations may be made to Jefferson County Bar Association Pro-Bono Program 1001 Pearl, Room 202, Beaumont, Texas 77701 or the charity of your choice in the memory of Mike Cichowski.