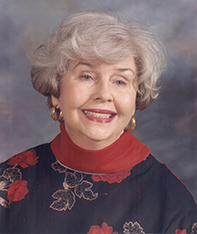 She was born on April 19, 1935 in Coushatta, Louisiana to Joseph and Exie Eldridge Rambin.

Betty was lifelong area resident and graduated in 1954 from Thomas Jefferson High School.

She was a member of Val Verde Baptist Church and was retired as a secretary in Food Service Administration with Port Arthur Independent School District after 40 years of service.

A visitation for family and friends will be Thursday morning before the service from 10:00 a.m. to 11:00 a.m. at the funeral home.

Betty was preceded in death by her three brothers, J.W. Eldridge, Marvin Rambin and Ernest Rambin and nephew, Kelly Eldridge.