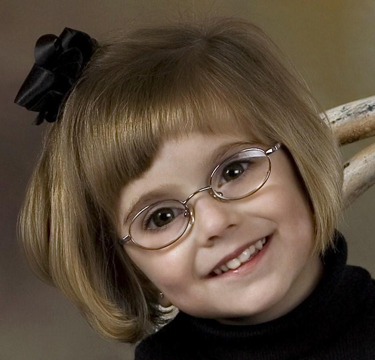 Avery Anne Guerra is the special girl that Groves remembers each year for its annual festival. (Courtesy Photo)

Just because someone is gone doesn’t mean their memory is gone, too. In fact, that memory could grow to truly inspirational heights through the actions of others.

The ninth annual Avery Anne Guerra Day will be held from 8 a.m. to 4 p.m. on Saturday at Bruce’s Market Basket on 6001 39th St. in Groves. The annual event serves multiple purposes such as keeping the spirit of Avery alive, raising funds for other children who suffer from heart defects like hers and awarding high school seniors college scholarships.

“We have 30 children that we have supported,” Debbie Broussard, owner of Debbie’s Dance Etc., said. “We call them Avery’s Army.”

Broussard is one of the organizers and founders of the event and Avery’s grandmother as well.

According to a press release, Avery’s Army has given over $144,700 to children in need in the Golden Triangle.

Broussard acknowledged that hospital stays could be very expensive for the families, and that this was a way in which they could offer some help.

“It’s our family’s way of coping with losing Avery,” Broussard said. “We’ve been able to keep Avery around and to keep her memory alive through this.”

When discussing Groves’ communal response to the event over the years, Broussard said, “It’s just an awesome community to live in. It just shows how many lives Avery has touched when she was here on earth.

“This community is so loving that they’ve been able to open their hearts and lives to this event.”

Broussard said even though the majority of volunteers had never met Avery, it was almost like they had due to the way that the community and Avery’s Army had kept her memory alive.

“It’s because they’ve opened their hearts,” she said.

According to Broussard, the grocery store parking lot is covered in people and pink shirts each year it’s held.

Broussard said Avery inspired the pink shirts and balloons since it was her favorite color; however, this year it would be red shirts with ribbons bearing the name of each child in Avery’s Army.

Additionally, the red of the shirts would signify heart awareness.

“One year, it started raining on us when we were doing the car wash, and people were still coming to us and paying because they wanted to support us,” Broussard said.

The dunking guest will be Port Arthur Police Officer Rickey Antoine, who will man the booth at noon.

Pink balloons will be blown and placed all over Groves to commemorate the event. According to Broussard, it serves both as a way to remind residents what special day it is and to keep Avery’s memory fresh in their minds.

“Our goal is to never let her life be forgotten,” Broussard said. “And to help others because of the life she had led.”

One new feature for the event will be a pink blessing box donated to Debbie and the Army.

“Last night, we had a family come up to the dance studio and say they had something to show us outside.”

Broussard said the text on the front of the box reads: “Take what you need. Bring what you can.”

According to her, it was just one more way in which the spirit of giving and community care could be shown in Groves.

The blessing box would first be put up at Saturday’s event; then, Broussard said it would be permanently set up at her dance studio.

In terms of attendance, Broussard estimated that several hundred people show up to the event each year.

“It’s tremendous. It’s just so awesome that Groves has rallied behind this. They have become so involved.”