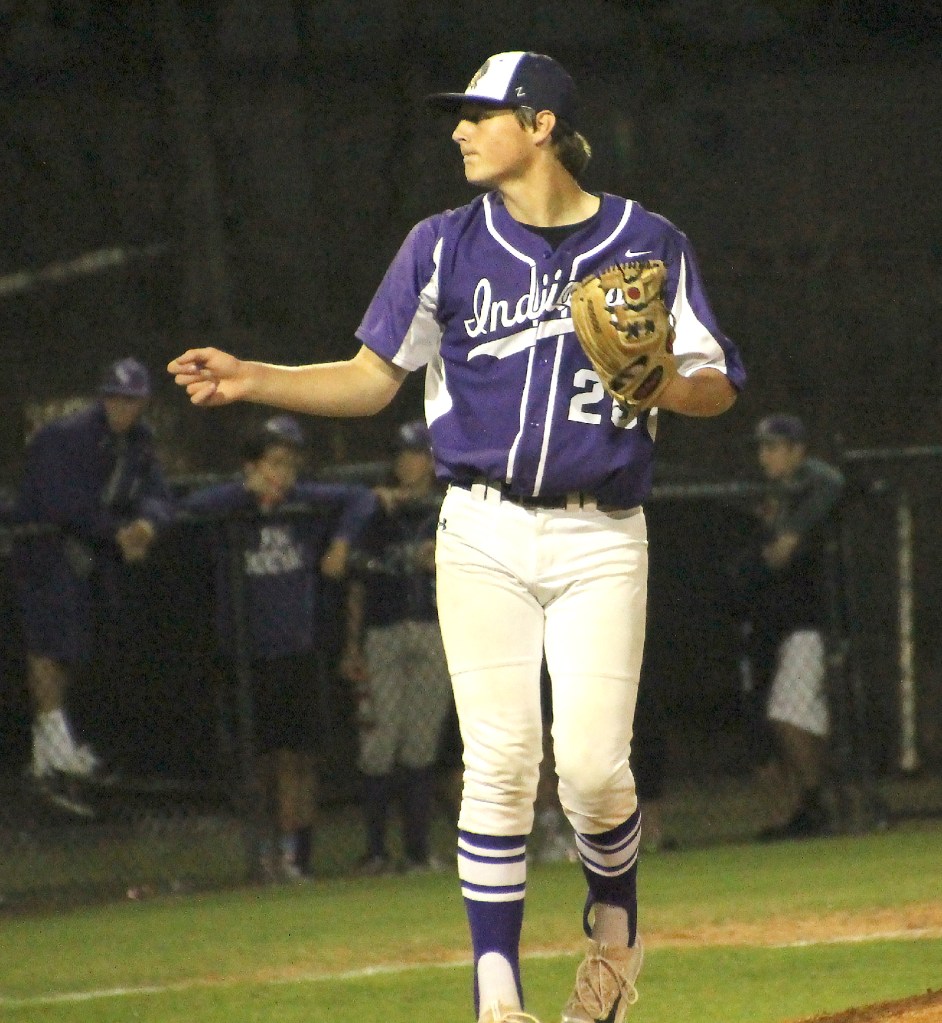 Editor’s note: A previous version of this story indicated Brandon Morse pitched a complete game for Port Neches-Groves. Due to incorrect information accessed by The News, the actual pitching performance was reported in error. Nathan Vidrine threw four pitches and earned the save.

NEDERLAND — Brandon Morse was getting the job done on the mound.

But when Port Neches-Groves’ starting pitcher needed run support, he helped take care of that, too.

A seventh-inning run on a wild pitch during Morse’s at-bat broke a tie, and Morse followed up with a one-run hard grounder to center field, giving the Indians just enough in a 3-2 victory over Nederland at a packed Metreyon-Delahoussaye Field on Tuesday.

It was Morse’s only hit of the game, and he made it count. He drew two walks at the plate.

Pitching for the Indians (13-5-2, 5-0 in 22-5A), he nearly twirled a complete game with two earned runs on four hits given up in 94 pitches. He struck out nine and walked three.

Nathan Vidrine struck out the last batter in four pitches for the save.

Logan LeJeune broke the 1-1 tie on the wild pitch.

Fit only for a rivalry game, Nederland added a little drama in the bottom of the seventh when Landon Hiltz walked to force in a run by Chandler Lancon. Vidrine then responded by striking out lead-off man Dane Jones to end the game.

Chase Kemp gave the Bulldogs a 1-0 lead with a first-inning home run, but lead-off Hayden Guerra answered for PNG with a one-run line drive to score Holden Lane with two outs.

Each team had four hits, but no one had more than one. Austin Bost and Jacob Vaughan also lined for PNG, while Conor McGrath, Brandon Cluck and Case Babino connected for Nederland.

The two teams will duke it out again at 7 p.m. Friday in Port Neches.

SABINE PASS — Half of Sabine Pass’ runs came in the second inning, and that opened up what was already a 6-1 lead for the Sharks.

PORT NECHES — Brooke Smith decided to do it grand Tuesday.

Hunt struck out seven and hit one batter.

PNG will play at Vidor on Friday.

NEDERLAND — Destini Trahan tossed a one-hit complete-game gem and punched out seven in 72 pitches in a shutout win.

Hannah Smith and Bailey Beard each had two hits to lead Nederland (16-9-1, 7-0 in 22-5A). Lexi Eversole and Hannah Grumbles accounted for the other two liners. Beard and Grumbles each batted in two runs.

Taylor Verinsky got the lone hit off Trahan and gave up six hits on four earned runs while striking out six for the Raiders.