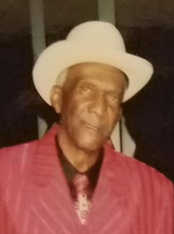 Whitney Johnson, Jr. (Quick), 82, of Port Arthur died Monday, March 20, 2017 at his residence.  A native of New Iberia, LA, he was a resident of Port Arthur for 69 years and employed by the City of Port Arthur.  He worked in the construction field driving trucks for Exxon Mobile then later retired from Fina Refinery.  He was a member of New Life Baptist Church.

Funeral service will be 2 p.m. Saturday, March 25, 2017 at Gabriel Funeral Home Chapel with visitation from 12 noon until service time.