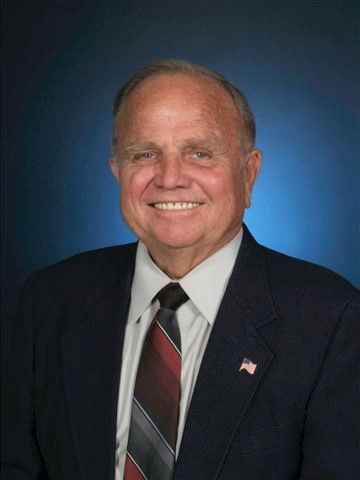 Funeral services will be held on Saturday, March 25, 2017, for Robert Collins Brownlee, a long-time resident of Port Arthur and patron of St. Catherine of Sienna Church and School.  Mr. Brownlee passed away on Friday, March 17, 2017, after a brief illness.  The 10:00 a.m. funeral mass at St. Catherine’s Church will be led by Rev. Kevin Badeaux, friend of the family and assisted by Father Rodell Faller, Pastor of St. Catherine’s.  Entombment at Greenlawn Memorial Cemetery in the Mausoleum will immediately follow.   The family will receive visitors at the church at 9:30am.

Mr. Brownlee graduated Thomas Jefferson High School, Class of 1953 and joined the U.S. Marine Corp. He spent Christmas of 1953 aboard a troop ship headed to Korea as a member of F/2/1 and was deployed north of the Imjim River. Upon completion of his service Sgt. Brownlee returned home to attend the University of Southwestern Louisiana, Lafayette, majoring in Mechanical Engineering.  He married Betty Trahan of New Iberia, La. and after graduation took a job with E.I. DuPont de Nemours in Kinston, North Carolina.  Later he transferred to DuPont’s Seaford plant and then finally to Sabine River Works in Orange, Texas.  He worked, initially, in maintenance but soon moved into project work specializing in high pressure extruders. He supported both the design, installation and commissioning of this equipment in joint ventures for DuPont in Japan, Germany, and The Netherlands.  He retired after 30 years with the company in 1995.

Dad and Mom quickly transitioned into the retired life by purchasing a dual axle trailer as they began travelling the back roads of the United States. In support of Texas A&M football, Mom’s passion for genealogy, visiting relatives in the Shenandoah Valley, Virginia, or to see the great western plains – they visited 48 of the states in the Union.

Dad had a passion for politics, history, reading, and for life. He had a ready smile and cheerful attitude even in the worst of times. Nothing gave him more pleasure than to have his growing family around him. He never stopped leading by example as he enjoyed what he considered to be the perfect life. He’d frequently tell us, “Every day’s a holiday and every meal’s a banquet.”

Memorial contributions may be made to St. Catherine Catholic School, 3840 Woodrow Dr., Port Arthur, TX 77642 in the name of Robert C. Brownlee.