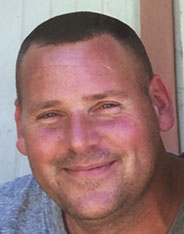 Paul was born in Chico, California on June 6, 1966 to parents Shirley Jean (Cowart) and Donald Maurice Janeaux. He was a resident of Bridge City and was a marine surveyor for the last year. Paul always listened to the news and he had a great collection of guns.  Paul pride and joy was his grandchildren and he will be greatly missed by all who know him.

He is preceded in death by his mother, Shirley Janeaux; brother, Dale Janeaux.