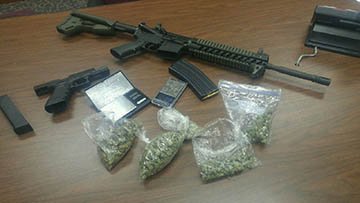 NEDERLAND — Complaints of a person selling drugs from an apartment led to the arrest of a 21-year-old Nederland man on Thursday.

The man, identified as Elias Vasquez, was arrested for possession of marijuana. 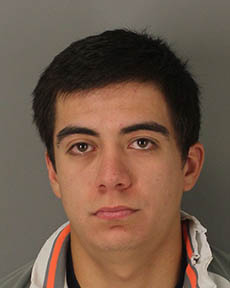 Jefferson County narcotics investigators responded to the 100 block of Eighth Avenue around 4:15 p.m. March 9 after receiving multiple complaints about resident selling drugs from an apartment, according to a press release from Capt. Crystal Holmes with the Jefferson County Sheriff’s Office.

According to JSCO, the man opened the door and investigators smelled marijuana and could plainly see marijuana on the coffee table. Vasquez was arrested at this time.

A warrant to search the apartment was obtained the deputies found an AR-15 loaded with armor piercing ammunition, a fully loaded Glock .40, several bags of marijuana and digital scales. Investigators stood by until a friend of the man could come by and pick up a Labrador puppy belonging to Vasquez.

While Vasquez was charged with possession of marijuana, the investigation into the firearms continues as he denies they are his.

“The Jefferson County Sheriff’s Office is committed to keeping our county safe for everyone,” Holmes said. “Due to the diligence of the community, another criminal is off the street and out of the neighborhood. One County — One Community.”

A loving, laughing look at the Bible