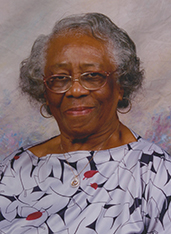 Mrs. Eldora Perro, 92, of Port Arthur died Wednesday, March 1, 2017 at her home.  A native of Beaumont, Texas, she was a resident of Port Arthur for 68 years and was a homemaker.

A visitation is scheduled from 9 a.m. until 11 a.m. at St. Mark Missionary Baptist Church.  Funeral service will follow with Rev. Robert L. Perry officiating.  Burial will follow in Live Oak Memorial Park under the direction of Gabriel Funeral Home.

She is preceded in death by her parents Timothy and Ophelia Owens; two brothers Russell Sr. and Timothy Owen and sister Mercedes Mouton.

Survivors include her son Alvin Perro and daughter Tarita Washington of Port Arthur; five grandchildren and five great-grandchildren; and a host of nieces, nephews, relatives and friends.