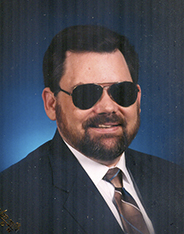 Kent graduated from Port Neches Groves High School in 1973. He played football at PNG and continued to support the Indians, being a season ticket holder for over 40 years.

After high school, Kent went to work at DuPont Chemical Plant as a millwright in the maintenance department. He was a Mason in Port Neches Masonic Lodge #1163. He was a lifelong member of the First United Methodist Church of Port Neches and a member of the Nederland Lions Club.

He enjoyed spending time with his son, dad, and brothers hunting and fishing as often as he could.

Kent was a man with a strong faith in the Lord, a great sense of humor and good friend to everyone he met.  He was a loving father to his son, Brian Joseph Lee, and the proudest grandfather of his four grandchildren Bryce, Brayden, Briley and Chloe.

Kent is preceded in death by his parents and his brother Randy Lee.
He is survived by his son Brian (Chantay) and four grandchildren of Center, Texas, his brother Danny (Linda) of Rockport, Texas, his sister in law Donna Lee of Houston,  and four nephews Mark Lee (Kim) of Houston, Reid Lee of Los Angeles, James Lee (Erica) of Houston, and Michael Lee (Ashton) of Jackson, Tennessee, and numerous cousins and close friends.