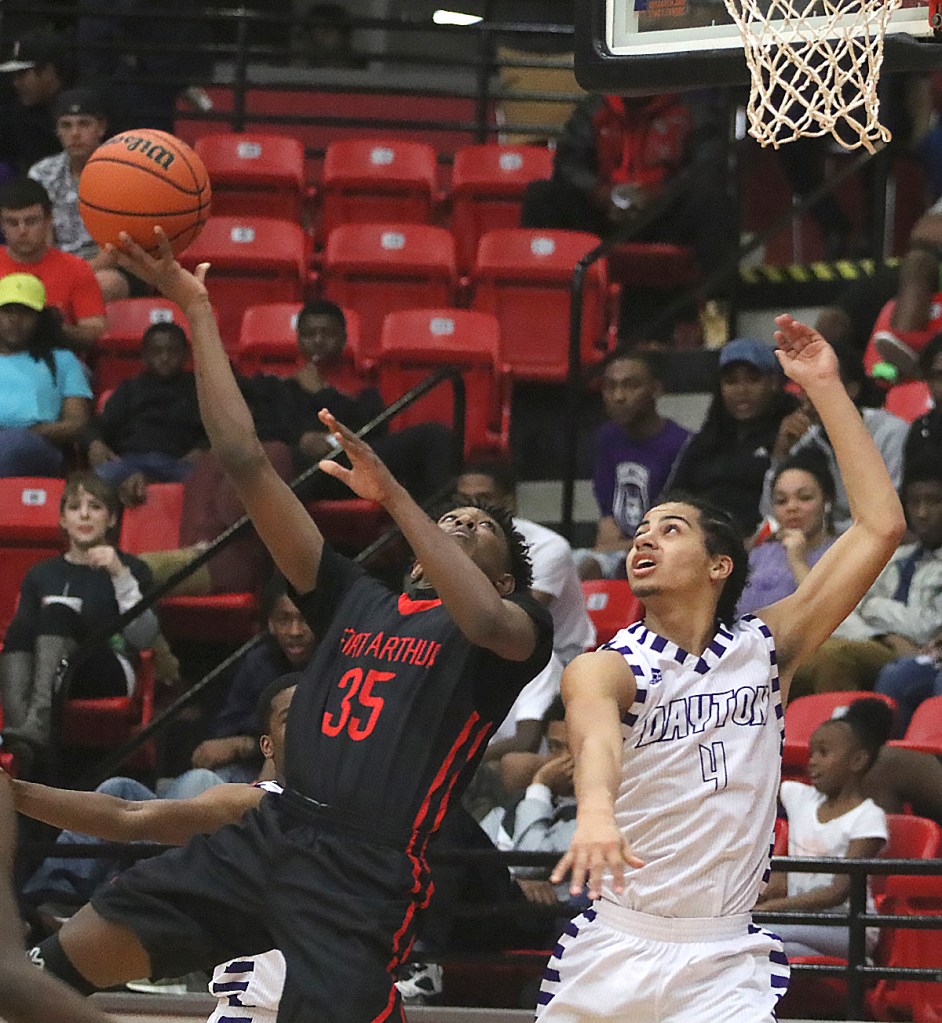 Memorial junior guard/forward Thailan Wesley scored a game-high 31 points in the Titans' 94-54 first round playoff win over Dayton on Tuesday night in Baytown. (Michael Sudhalter/Special to The News)

BAYTOWN — After a first round exit last season, the Port Arthur Memorial boys basketball team left nothing to chance on Tuesday night.

“Our plan from the beginning was to come out aggressive and push the ball all over the court,” Memorial head coach Kenneth Coleman said. “We always make sure our foundation is defense.”

The Titans did exactly that, and now they will face Texas City in the area round later this week. The Stingarees defeated Houston Furr, 64-44, on Tuesday.

Junior guard/forward Thailan Wesley scored 12 of his game-high 31 points in the first quarter.

Memorial enjoyed success from behind the arc, with 10 three-pointers, including four from Wesley and three from junior Jyson Butler.

“We made a lot of three-pointers early, and then went inside to our post players,” Coleman said.

“Wesley and Chatman are two of our leaders, and we expect them to have good games,” Coleman said.

Twelve different players scored for the District 22-5A co-champions, which is something that Coleman likes to see from his squad.

The Titans exceeded the 90-point mark for the third time this season, coming up one point short of their season-high 95 points in a Dec. 27 non-district win over Houston Wheatley.

“We never look at the amount points scored,” Coleman said. “There are games where we probably could have scored over 100, but we didn’t.”

Coleman said when the team has a reasonable lead, he wants to ensure that all of his players gain valuable experience.

Brendan DeRouen led Dayton, which finished third in its district, with 17 points in the loss.