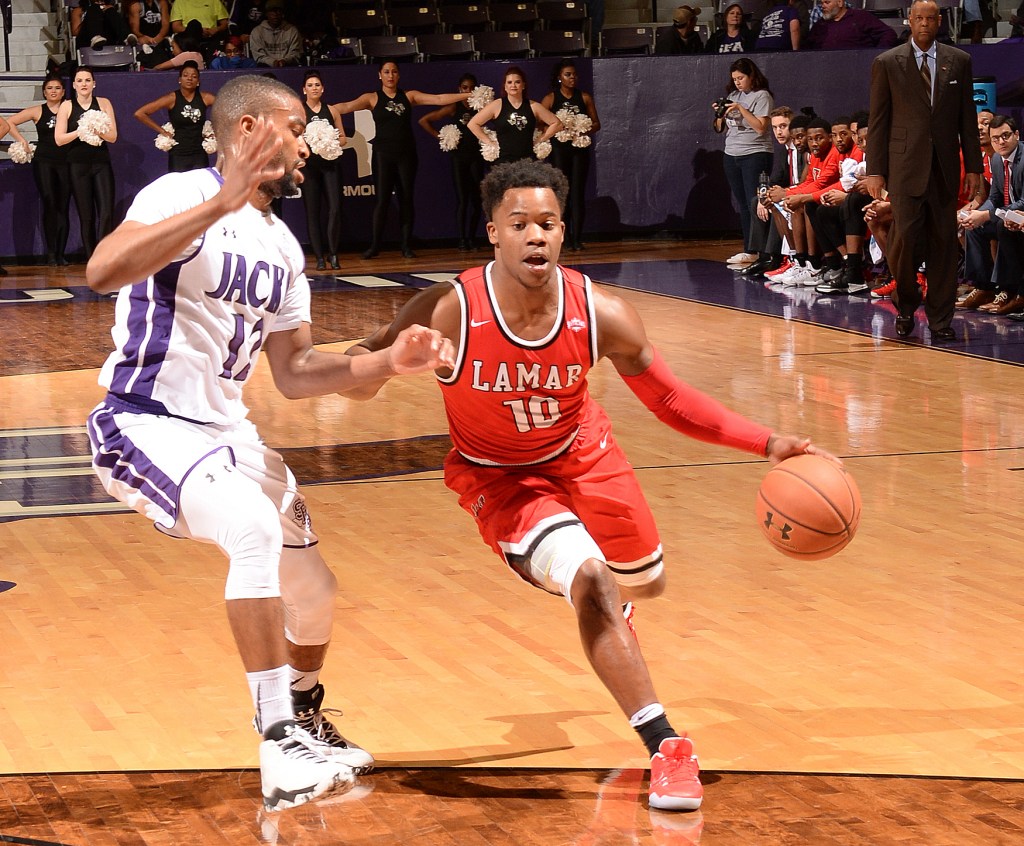 BEAUMONT – Lamar’s four-game road swing has gotten out to a bumpy start, as Big Red has dropped the first two games to Houston Baptist and Stephen F. Austin. The Cardinals (15-11, 7-6 Southland) now look to right the ship against the league’s hottest team, Texas A&M-Corpus Christi, on its home floor today.

The consecutive setbacks have dropped the Cardinals into sixth place a half game back of Houston Baptist in the Southland standings, and just a half game up on Southeastern Louisiana and Central Arkansas in what has become a very tight Southland race. Prior to LU’s current two-game slide, the Red and White had rattled off three-straight victories.

The Islanders (15-9, 8-5 SLC) enter the weekend showdown seemingly on cruise control. Having won six straight – beginning with their overtime win against the Cards in Beaumont – the Islanders have gone from conference obscurity into the fourth-place spot in the league standings just a half game back of Sam Houston State and a half game up on Houston Baptist. A&M-Corpus Christi is coming off a 16-point victory at Incarnate Word on Wednesday evening.

The Cardinals are 17-8 (.680) all-time against Texas A&M-Corpus Christi, but the Islanders have been nearly unbeatable on their home court posting a 10-1 (.909) record this season. Add to that, LU is just 4-9 (.308) away from Beaumont in 2016-17 and that should be a great cause for concern, but that may not be the case in this series. Over the course of the past six seasons, the away team has had the advantage. The road team has won the last seven meetings in the series.

The Cardinals magic number to lock up their first Southland Conference tournament appearance since the 2011-12 season is down to three. Any combination of three LU wins or three Nicholls’ losses will guarantee Big Red a spot in the postseason.

The men’s tournament will be March 8-11 at the Merrell Center in Katy. Fans can now purchase their tickets for the Southland tournament through the LU Ticket Office. Fans can call the ticket office directly, (409) 880-1715, or order tickets by logging onto www.LamarCardinals.com.

The Cardinals also have another magic number this season. LU needs only one more win to lock up their first winning seasons since the 2011-12 campaign.

Tonight’s game in Corpus Christi will tip off at 7 at the American Bank Center. It can be heard live on Newstalk 560 KLVI, and seen live on ESPN3.