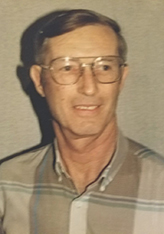 Lloyd W. Seiver passed peacefully at his home in Port Arthur, Texas with his wife and daughters present on February 13, 2017, his 85th birthday. Lloyd is the son of the late Marvin Hidy Seiver and Marian Oplinger Seiver. He is survived by his wife, Nelda, two daughters, Vivian Heinrich and Deborah Gernentz, four grandsons, Joshua Gernentz, Jeremy Gernentz, Jered Heinrich, and Andrew Heinrich, his brothers, Marvin Seiver, Jr., and Richard Seiver, and his sister, Suzanne Seiver.

Lloyd defined himself by the quality of his work both through his career as an electrical engineer and through his projects at home. Those that knew his would define him by his devotion to family and friends, and his willingness to help any in need. His greatest mark was imbuing his love and his pride into his daughters and wife so that they have had the confidence to courageously confront the world choosing right over ease.

Lloyd also valued new experiences that travel presented. The family enjoyed vacations, camping, week-end trips, tours, and travel abroad. Since retiring, he has fulfilled his goal of visiting all 50 states and the Canadian provinces also. He and his wife have been active in a motorhome club, and have planned many trips throughout the years to share passion for travel and new experiences.

A celebration of his life is being planned: venue and time to be determined. For now, we miss you Lloyd, but await our reunion in glory.

Arrangements are under the direction of Melancon’s Funeral Home in Nederland.