BC, O’field tipping off playoffs this week 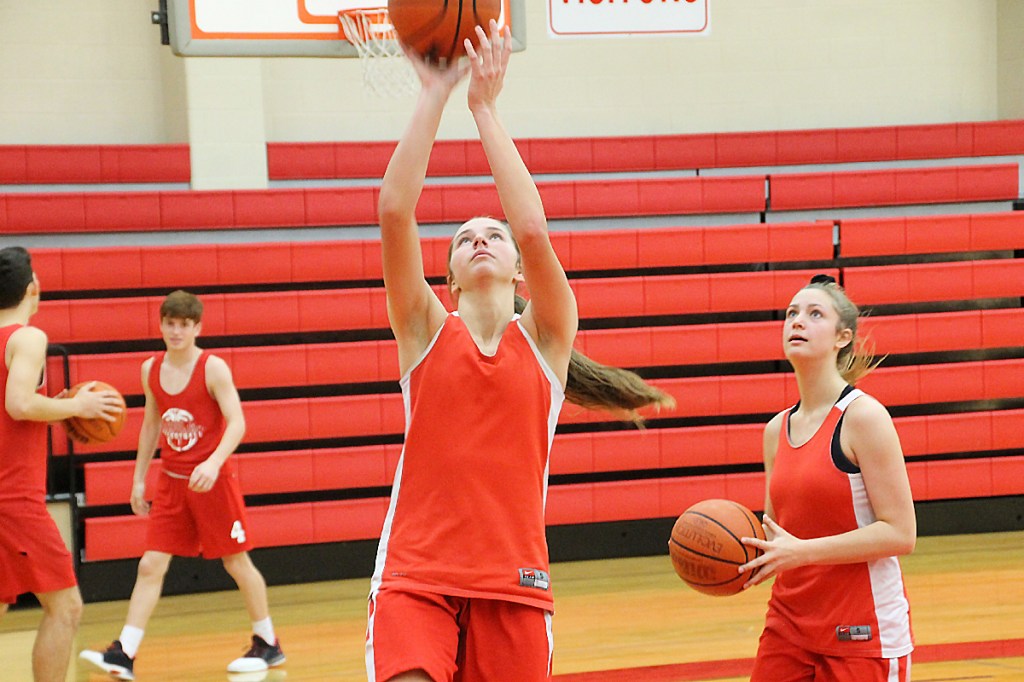 BRIDGE CITY — A year ago, Bridge City had a different coach and did not make the 4A girls basketball playoffs.

How fortunes can change in a year.

With JoLee Kolander now at the helm and no senior on the team, Bridge City is back in the playoffs with an already bright future in the coming seasons.

“We put in the work this year, and it definitely helps that our coach actually cares about us,” junior Kassidy Wilbur said.

“They understand they don’t have much to lose,” Kolander said. “They know they always have next year. I’m not saying they don’t work as hard as seniors, but they’ve had to step up in places where you don’t have a senior.”

Bridge City is one of three Orange County teams that are competing in the 4A playoffs. Second-place Orangefield, which was 7-3 in the district, will meet Huntington at 6 p.m. Monday at Woodville. Little Cypress-Mauriceville earned the fourth seed and will meet Diboll at 7 p.m. Monday at Kountze.

Silsbee went unbeaten in the district.

Bridge City has a date with 21-4A runner-up Lufkin Hudson at 6:30 p.m. Tuesday in Huffman at Hargrave High. The Cardinals like their chances.

“I just think it’s going to be a pretty good matchup,” junior point guard Maysen Tyler said. “We’re pretty even on both sides, size and speed-wise.”

District 22-4A was no walk in the park for a team that has four juniors, eight sophomores and a freshman. Kolander didn’t have averages, but she pointed out junior Kassidy Wilbur played big in the Cards’ regular season finale victory over Hamshire-Fannett.

Wilbur totaled 14 points, 10 rebounds and nine steals in a rout of Hamshire-Fannett, a team the Cards lost to by two on Jan. 20.

Orangefield has played strong in the district behind Emmi Lummus, Paris Fregia, Faith Fregia and Cameron Choate. The Bobcats picked up a big 51-50 win at LCM, which had been swept by Bridge City.

Orangefield and Silsbee both swept Bridge City this season, each game decided by 10 or more points. Despite that, the second meeting with Orangefield in Bridge City was the Cards’ favorite, sophomore Rylee Oceguera said, because they had led at one point in the rivalry game.

“Playing those teams helps us to not give up because those teams are super-good,” said Oceguera, who scored 21 points in a win over West Orange-Stark. “But they help us to keep up our intensity.”

The potential opponents for each Orange County team in the area round were not listed in the 4A bracket on the UIL’s Maxpreps webpage. First, the Cardinals, Bobcats and Bears have to win the bi-district round.