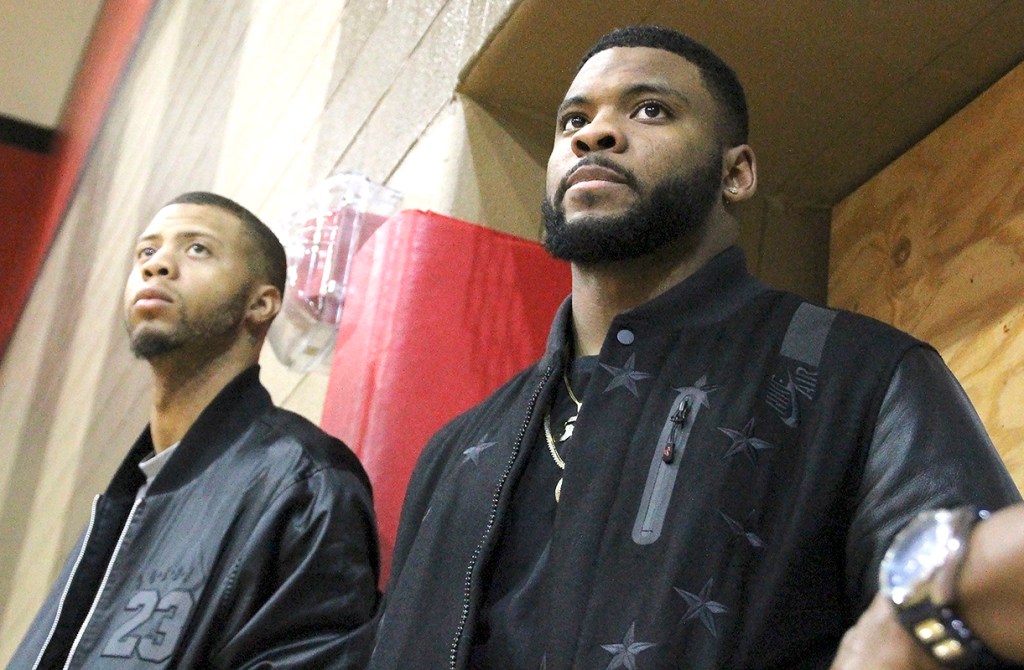 It never crossed Elandon Roberts’ mind that he made a game-saving tackle in the Super Bowl, of all games.

“Nah, we just, honestly, were playing out there,” the New England Patriots’ rookie linebacker said Friday. “To be honest, the excitement of being a champion and being out there to be with those guys and play and just win with a great group of players and coaches, that’s all I was really concerned about.”

Following a 34-28 win over the Atlanta Falcons in overtime, Roberts could just let himself go from the intensity of a championship game to the jubilation of being a champion in his rookie season.

Just a little more than five years ago, he was a Port Arthur Memorial senior on that same NRG Stadium field playing in a 5A Division II state semifinal game against Cibolo Steele. It remains the furthest the Titans have gone in the football playoffs.

Roberts talked with current Memorial football players about his journey during a visit to his alma mater Friday. He took in Memorial’s home boys basketball game against Port Neches-Groves later that evening and shook hands with a few fans behind Memorial’s bench when he was acknowledged before the second quarter.

“A lot of people look too far ahead, and all you can control is right in front of you. Coach [Kenny] Harrison and the coaching staff gave me the opportunity to come and talk to the guys, and I appreciated that.”

Roberts’ football journey took him from Memorial, where he was a part of the school’s 10th graduating class in 2012, to Football Championship Subdivision program Morgan State in Baltimore, to the University of Houston and back to the Northeast in Foxborough, Mass.

This time last year, he was fresh off a Peach Bowl victory over Florida State as a Houston Cougar, auditioning for a spot on an NFL team. Just last Sunday, he was battling for a world championship against the Falcons, a team that included 2000 Lincoln graduate Jonathan Babineaux and 1994 Bridge City alumnus Matt Bryant.

For a while, it seemed Babineaux and Bryant would finally be champions in their lengthy careers. Atlanta led 28-3 late in the third quarter until James White ignited New England’s rally with his first of three touchdown runs.

“We were all out there as a group doing our jobs,” Roberts said. “We took it one play at a time on all aspects of the game, special team game, offense and defense, and we were able to get back on track and win the game.”

Roberts’ favorite moment isn’t stopping Devonta Freeman from scoring a game-sealing touchdown, although Atlanta eventually punted and New England marched back to tie the game at 28-all.

It was seeing the scoreboard read Patriots 34, Falcons 28.

The atmosphere of NRG Stadium afterward was a lot different than the game itself for Roberts, who got to kiss the Vince Lombardi Trophy as it made its way through a human tunnel to the presentation stage.

“That aspect of a Super Bowl is on a whole different level,” he said. “It’s everything you dream about. During the game, we were all tuned into the game and what not, and after the game, you just looked around and amazed and was just like, ‘Wow.’”

Lost in the fray, literally, was quarterback Tom Brady’s jersey. It still has not been found.

Asked about the search for the jersey, which Brady noticed was missing in the locker room, Roberts answered with a smile: “I don’t even know anything about that one.”