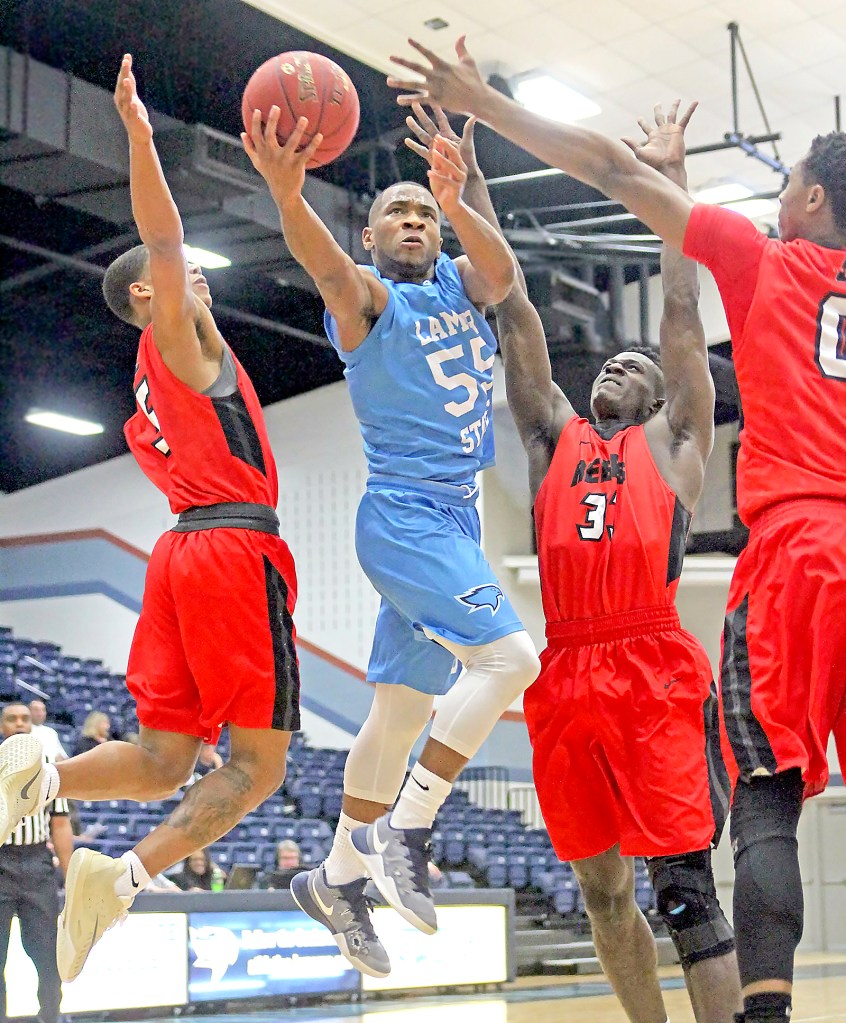 Looking for a Region XIV renaissance, Lamar State College Port Arthur had hoped to rekindle its winning ways with a victory over Lee College on Wednesday night. Instead, the Seahawks once again fell just short of the prize as they lost 83-79 to the Rebels at the Carl Parker Center.

The Seahawks’ four-point loss is the fifth of the conference season by a margin of five or fewer points, leaving LSCPA frustrated as it seeks to rebound from a now-2-8 league mark. The next chance comes in a road trip to Brenham this Saturday when the Hawks take on Blinn College with a 4 p.m. tipoff.

Against Lee, it was a matter of missed free throws and allowing too many offensive rebounds by the Rebels that spelled a late-game collapse.

“Let’s face it, we had the opportunity to win this game,” Seahawks head coach Lance Madison said. “We gave them too many offensive chances and we missed some free throws down the stretch that hurt us. It comes down to toughness.”

The Seahawks fought hard through the first half, taking a 44-41 advantage into the break thanks to a strong performance by sophomore forward Petar Radojicic, who dropped in eight points with six rebounds through the first 20 minutes. The Hawks extended their lead to six points at the start of the second half but just as quickly, Lee came back to tie the game 5 minutes into the half. From there, it was a back-and-forth battle to the final few minutes.

LSCPA held a two-point lead after a pair of free throws by John Comeaux with 5:36 left. Lee tied the game at 73-73 then took the lead on free throws by Tony Farmer. The Seahawks closed to within a point with 3:42 but just couldn’t get a lead again as the Rebels managed to extend offensive possessions with four offensive rebounds down the stretch.

Comeaux finished as the game’s top scorer with 27 points while Radojicic had 23 with nine rebounds. Akol Deng and Madit Daniel each added eight points for the Seahawks.

LaDarrius Chester finished with 24 points for the Rebels.