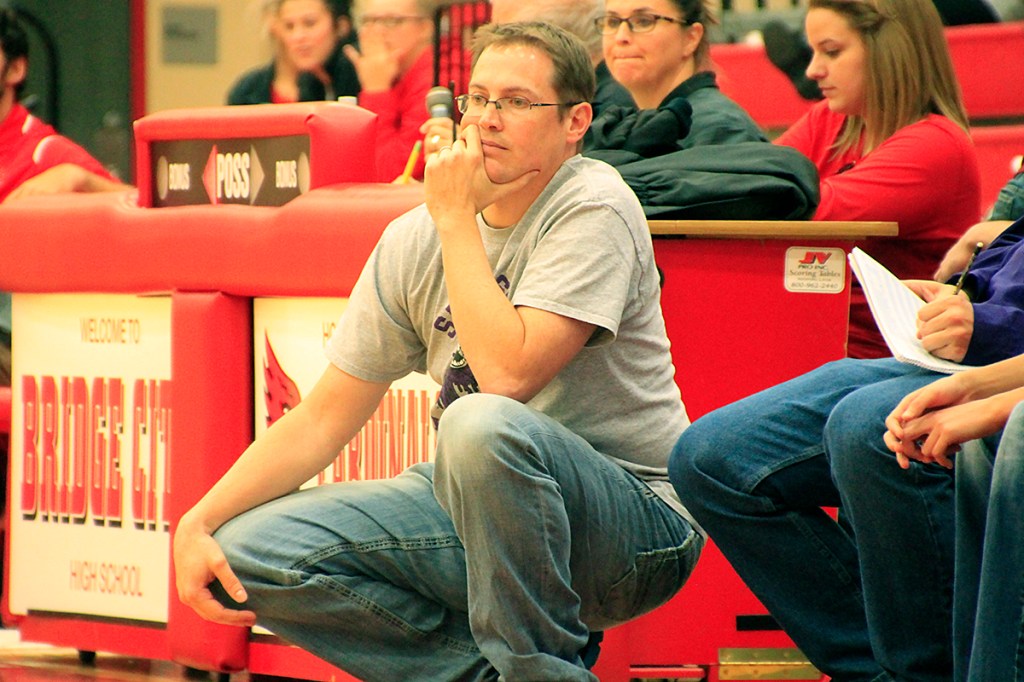 The six games that would have made the difference were determined by four or fewer points. But that’s only part of the ongoing tale that is the Sharks’ first season under Scott Hagedorn.

The Kansas City, Kan., native could only laugh when he was asked whether he could write a script for the season he and the Sharks are having. But he also identified what would help the Sharks, who are 0-2 in District 24-2A, get over the hump.

The tallest guy Hagedorn has now is 6-foot Daniel Sam, one of his two leading scorers at 21.5 points per game.

He and 5-foot-10 classmate Jamyus Jones (23 ppg) are two of only three carryovers from last season’s 16-8 team that reached the area round of the 2A playoffs under Trey Harvey, who has since become an assistant principal at Bridge City. Both account for a large portion of the Sharks’ scoring almost every game.

Jones had 36 points — two shy of his season high — Friday in an 83-76 home loss to perennial power Evadale. The game was tied with 2:41 left before Evadale, now ranked No. 23 in 2A by the Texas Association of Basketball Coaches, pulled away on free throws.

“Jamyus, he can handle the ball, he has amazing range,” Hagedorn said. “He has that go-to factor. Daniel can take over as well. They both are just exceptional kids. They really are.”

They’re also carrying a big load on a team that mostly includes players who were on the junior varsity last season. Senior Brayden Miller is the only other varsity letterman for the Sharks.

But learning to rebound as a team, Hagedorn said, has been a big challenge against much taller opponents.

“We’ve been trying to convert people to play spots they’ve never played before,” Hagedorn said. “I think some guys who’ve been at that position, they’ve done a very admirable job.”

Close calls also led to serious frustration among some of his players.

During a five-game skid in December, senior Dominique Wilson and Sam walked off the court just before halftime of a 79-38 defeat. They were held out of the next two games as a result.

“We had three or four games in a row where we lost by two or three points,” Hagedorn said, adding the players were dealing with personal issues aside from the game. “That Tarkington game (a 63-61 loss), we had a 10-point lead. No matter where you play, you’re always going to complain. … So, try not to let that upset you.”

It’s not exactly what Hagedorn — who previously was a technology director for the Hardin-Jefferson ISD — signed up for.

But the team eventually rebounded upon the players’ return.

Sam and Jones combined for 63 of Sabine Pass’ 70 points in a one-point victory at Orangefield, a team that had beaten the Sharks by 32 points just days earlier. Jones scored his season high in that game.

Sam was battling sickness against Evadale on Friday and still came up with 23 points.

Only five teams compete in 24-2A, so the Sharks have only six games left to turn things around in their bid for a second straight playoff berth. Nearly beating Evadale has given Hagedorn hope the Sharks can.

“The Evadale game, they were right there,” he said. “Daniel was sick. He had ice packs on him. If they play with that intensity and they play that well, they’ll win this next one.”

“Hopefully we can take out our frustrations on the teams we’re supposed to beat,” Hagedorn said.

Super Bowl gets even more local