PA Chamber’s Phillips looks back on the year 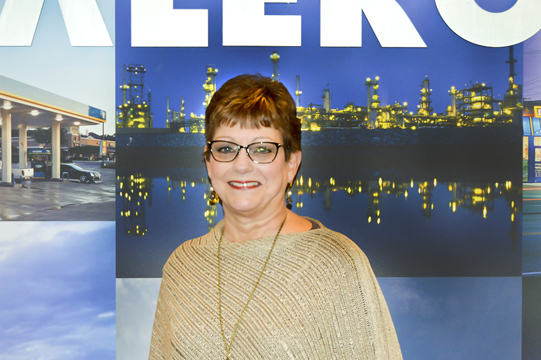 In what has doubtless been a busy year for the Port Arthur Chamber, Barbara Phillips will be turning the chairmanship reins over to Marian Ruiz at the Greater Port Arthur Area Chamber of Commerce Annual Banquet at 6 p.m. on Jan. 19 at the Robert A. “Bob” Bowers Port Arthur Civic Center.

“There were so many different endeavors of which the Chamber was involved that make me extremely proud to be a part of,” Phillips said.

Among them, Phillips said the recent completion and submission of the Chamber’s U.S. Chamber of Commerce Accreditation was very gratifying.

“The completion of this lengthy application and its submission could only have been accomplished with their hard work and determination,” Phillips said.

Association with the U.S. Chamber was a very important step according to Phillips.

“Accreditation with the United States Chamber of Commerce is the only program of its kind that defines excellence in chamber planning and recognizes chambers for outstanding contributions toward positive change in their communities,” Phillips said.

“The Greater Port Arthur Chamber of Commerce hopes to receive approval, (thereby) making our Chamber one of the few accredited chambers in the nation.”

Phillips said that education initiatives, youth work and children’s charities have always been close to her heart. As such, her work with the Port Arthur Education Foundation was a bright spot in the 2016 year.

“I’m proud of the accomplishments achieved by the Port Arthur Education Foundation that benefitted education in our community in 2016,” Phillips said. “I am extremely grateful for the people that played such an important role in the success of the goals achieved.”

Phillips detailed some of the outreach done through the Foundation.

“Through the efforts of the Foundation Board of Directors led by President Vicki Derese, teachers in Port Arthur and Sabine Pass received grants for innovative and creative classroom projects,” Phillips said.

“Generous Chamber partners and members donated funds that provided thousands of dollars in scholarships to top graduating seniors in Port Arthur and to Career and Technical Education students at Memorial High School, as well as educational projects like Communities in Schools and the school uniform program.”

“The website technology expertise by Raquel generated an increase in sponsorships while Joe attended educational training in grant writing that furthered his knowledge and skills in applying for grants, which resulted in over $120,000 raised for the Foundation,” Phillips said.

Phillips also expressed satisfaction over other educational endeavors that she and the Chamber had been involved in.

“Our Education Committee now meets with PAISD representatives from each school and matches business partners to each school in order that they might work together on a variety of programs and projects for the students such as reading incentive programs, science and safety demonstrations, safety awareness and other activities,” Phillips said.

Among all the work being done with students and schools, Phillips seemed especially enthused with a bilingual program geared towards students who do not speak English.

“It has also been very exciting to develop an important project that the Education Committee has worked diligently together with PAISD called the Gifted Communications Program,” Phillips said. “It’s where new non-English speaking students in the district will have the opportunity to work with bilingual volunteers who provide compassionate mentoring and assistance to their learning of the English language.”

Phillips praised the concern shown for these students and for the support and leadership of the Chamber Executive Chairperson-Elect Elizabeth Cravens.

When she steps down as Chamber Chairperson at the 2017 Banquet, Phillips will still maintain a very busy schedule going into the year.