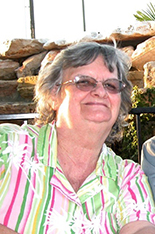 Dortha Lisenby, 82, of Port Neches, died Thursday, January 12, 2017. She was born on September 9, 1934, in Port Arthur, to Irene Chun and Herbert Simmons. Dortha enjoyed cooking and taking care of her family.

She was preceded in death by her parents; and brother, Jimmy Simmons.